"It's going to get much colder" 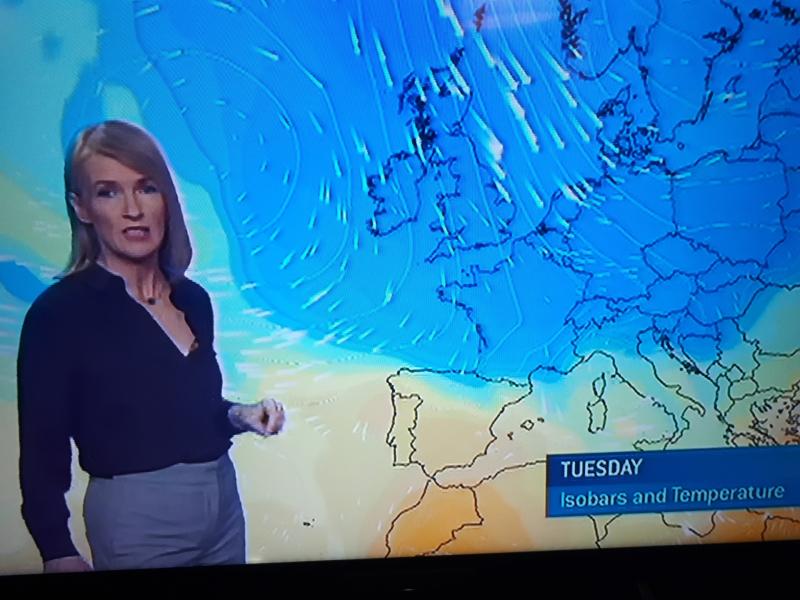 April showers are to be expected this month but not of the 'wintry' nature but that is what Met Éireann is forecasting in weather outlook from Easter Sunday through to next weekend.

The forecaster's summary national outlook is for a cold and mostly dry week for the south and east, with frosts returning at night. It says showers will be most frequent in Ulster and Connacht, may turn wintry at times especially over higher ground in a sometimes raw northerly wind.

Temperatures will drop from Easter Sunday around the country with lowest levels on the cards for Tuesday night when it will fall below zero.

The further outlook into the weekend is for a further spell of cold northerly winds will develop feeding in "April showers, some of which may be wintry with an increased risk of hail".

In need of a weather update for this #EasterWeekend?

Whilst it’s fairly mild at the moment, it’s going to get a lot colder for everyone by #EasterMonday with the chance of wintry showers… ️ don’t packing away your winter layers just yet!

SUNDAY: Lingering mist and fog will clear early Easter Sunday to give generally dry day with the best of the sunshine across southern counties. However, it will be cooler and cloudier across the northern half of the country with patchy outbreaks of rain moving into western and northern coastal counties later. Highest temperatures of 9 to 14 degrees Celsius, mildest in the sunshine further south. Breezier than recent days too, in moderate to fresh west to northwest winds.

Some intermittent showery outbreaks of rain will extend from the north ahead of a much colder northerly airflow on Sunday night. Lowest temperatures of -1 to +4 degrees, coolest in Ulster and north Leinster with frost in places in moderate to fresh northwest winds veering northerly.

Easter Monday: Cold and breezy with cloud clearing south to leave sunny spells and scattered showers, some turning wintry especially over higher ground in Ulster and north Connacht. Highest temperatures of 4 to 8 degrees in a bitter moderate to fresh and gusty northerly wind.

Scattered showers most frequent in the north and west and turning wintry especially on higher ground at night. Frost and icy patches will develop as temperatures fall to between -3 and +1 degrees with winds backing northwesterly and easing mostly light.

Tuesday: Continuing cold with sunny spells and scattered showers, some wintry, however they will become more isolated as the day progresses. Highest temperatures of 4 to 7 degrees in a raw moderate to fresh north to northwest wind.

Lowest temperatures of -3 to +2 degrees generally, holding a little warmer along western coasts in light to moderate westerly or variable breezes overnight.

Wednesday: Cloud will increase through the morning with some patchy rain or drizzle at times most frequent in the west and northwest. Less cold with highest temperatures of 7 to 10 degrees in light to moderate westerly breezes.

Mostly cloudy overnight with patchy rain and drizzle at times, mostly in the west and northwest on Wednesday night. Lowest temperatures of 1 to 5 degrees coolest in Munster and south Leinster where there may be a slight grass frost in light to moderate westerly winds increasing fresh in northern areas.

Thursday: Mostly cloudy with the best of any bright spells in the southeast. Showery outbreaks of rain will affect the northwest bringing the risk of hail. Highest temperatures of 7 to 11 degrees in moderate to fresh west to southwest winds.

Further Outlook: Into the weekend a further spell of cold northerly winds will develop feeding in April showers, some of which may be wintry with an increased risk of hail.