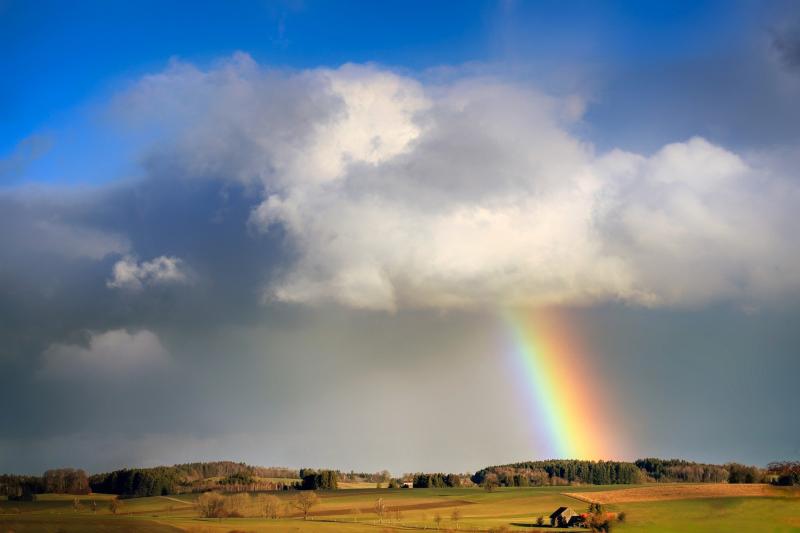 Thunder and lightening has hit the west this Thursday

The forecaster's outlook going into the weekend is promising for parts but not everywhere.

"A good deal of dry weather though there will be some rain and showers at times with the driest conditions on Sunday. Mild in the sunshine, with temperatures around average for the time of year," says the forecast.

"A bit of a battle over the next few days as Atlantic weather fronts try to edge in whilst the Azores high tries to build. This means western areas are most likely to see any cloud or rain this BankHolidayWeekend with eastern areas expecting drier and brighter weather," said Met Éireann.

The forecaster said thunderstorms developed on Thursday afternoon over some western counties delivering lightning strikes along the way.

A bit of a battle over the next few days as Atlantic weather fronts try to edge in whilst the Azores high tries to build...

...this means western areas are most likely to see any cloud or rain ☁️ this #BankHolidayWeekend with eastern areas expecting drier & brighter weather⛅️ pic.twitter.com/wrkAr00Cdw

Friday: A mostly dry start tomorrow with sunny spells, but cloud will thicken from the west with outbreaks of light rain developing in Atlantic coastal counties. Holding mainly dry further east with some sunny spells. Highs of 15 to 18 degrees, in a moderate southerly breeze, easing during the evening.

A mainly cloudy night with light outbreaks of rain and drizzle over the western half of the country. Drier further east with the best of the clear spells in the northeast. Lowest temperatures of 8 to 11 degrees in light southerly breezes with mist patches developing along with hill and coastal fog.

Saturday: Scattered outbreaks of rain and drizzle, mainly over Ulster, the midlands and north Leinster will gradually clear through the morning and afternoon, with dry and sunny conditions extending from the west. Highest temperatures of 15 to 20 degrees, mildest in the east. Light to moderate southwesterly breezes will veer westerly in the clearance from the rain.

A dry and clear night with mist and fog patches developing. Lowest temperatures of 6 to 10 degrees in light westerly breezes.

Sunday: A dry day, apart from isolated showers, with sunny spells. Feeling pleasant with highest temperatures of 15 to 19 degrees in light breezes. Staying dry overnight with clear spells though there's a possibility of some dense fog developing in light southeasterly or variable breezes. Lowest temperatures of 7 to 10 degrees.

Bank Holiday Monday: Mist and fog will clear away quickly to give a dry morning with sunny spells. But cloud will push in from the Atlantic with scattered showers developing, with the driest conditions in the east. Highest temperatures of 16 to 20 degrees in light to moderate southwesterly winds. Becoming largely dry overnight with lowest temperatures of 9 to 11 degrees in light breezes.

Further outlook: Current indications suggest that there will be some rain and showers at times next week but a good deal of dry weather too. Temperatures are expected to increase through the week, reaching high teens or low twenties.