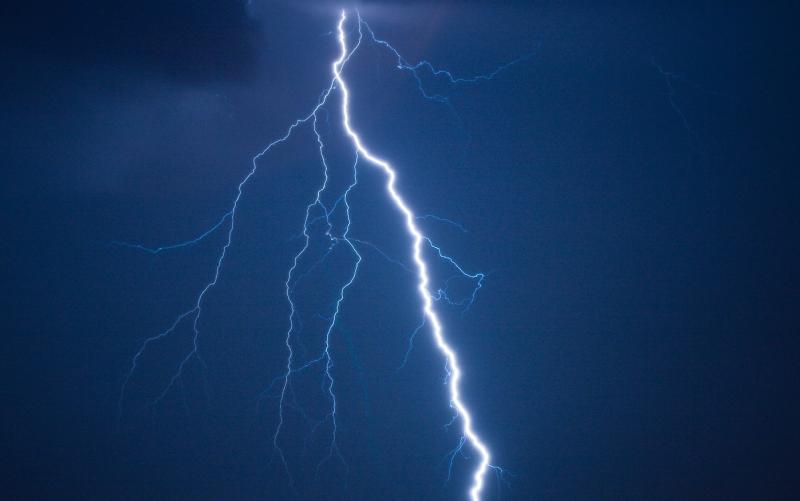 Met Éireann has issued a Status Yellow Rain and Thunderstorm Warning for Ireland to put a full stop at the end of the heatwave and drought that went with it.

Met Éireann says thunderstorms and heavy showers will develop on Monday over the western half of the country, moving eastwards this evening where they will continue tonight.

It warns of 'localised downpours' leading to 'spot flooding and hazardous driving conditions'.

The warning is valid from noon on Monday until 5am on Tuesday morning.

The Met Éireann weather forecast for today is for it to be cloudy with showery outbreaks of rain developing across the western half of the country during the morning and early afternoon, extending eastwards during the evening reaching eastern counties early tonight. There will be heavy or thundery downpours at times which may lead to spot flooding in places. Less warm than recent days with highs of 18 to 23 degrees generally in moderate northwest breezes.

Showers and localised thunderstorms persisting overnight with a continued risk of spot flooding. Clearer weather will develop in the west and southwest. Lowest temperatures of 10 to 14 degrees in moderate northwest winds.

Met Éireann says the national outlook is for fresh and showery conditions to take charge. MORE BELOW TWEET.

Bright or sunny spells in eastern counties today but cloud will thicken from the west during the day. ️
Showery outbreaks of rain will develop across the western half of the country during the morning, extending eastwards during the afternoon.️
Highs of 18 to 23 degrees pic.twitter.com/fF1a1ggcza

TUESDAY: Showery rain will linger across northern and eastern counties through much of the day on Tuesday. It will be brighter elsewhere with scattered showers. Highest temperatures of 16 to 20 degrees in moderate northwest winds.

A fresh night with scattered showers, merging to longer spells of rain in Atlantic coastal counties. Minimum temperatures of 10 to 13 degrees in moderate west or southwest winds.

Thursday: Another fresh and showery day on Thursday with bright spells and showers, the showers heavy in places with a risk of lightning. The best of the sunshine across the southeast of the country. Maximum temperatures ranging 15 to 19 degrees, warmest in the southeast in moderate to fresh westerly winds. Scattered showers overnight with minimum temperatures of 11 to 14 degrees in fresh westerly winds.

Friday: Good sunny spells on Friday but with scattered showers spreading from the northwest during the day. Top temperatures of 16 to 20 degrees in fresh westerly winds.

Next Weekend: Early indications suggest next weekend will be fresh and bright with a mix of sunshine and scattered showers with temperatures close to average.