Department of Health restates Portlaoise hospital position in a statement 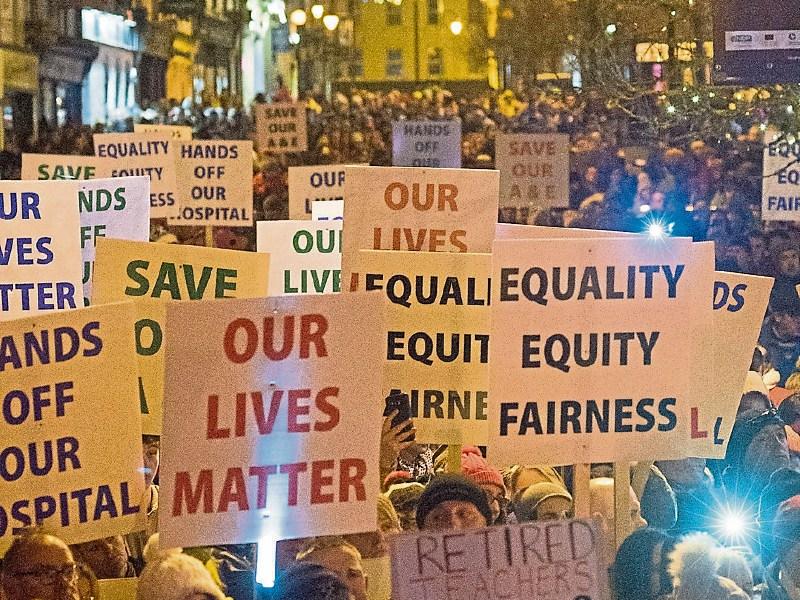 No decision has been taken on the future of Portlaoise hospital, the Department of Health has said.

The Department issued a statement in response to a claim by the Laois TD Brian Stanley that the Government is 'play-acting' with the future of the Midland Regional Hospital Portlaoise.

"As outlined previously, no decision has been made yet on the draft Action Plan for Portlaoise Hospital. Minister (Simon) Harris has committed to ensuring that local clinicians and the community will be consulted with before a decision is made.

"The appointment of an independent external facilitator for the consultation process is being progressed and the Minister hopes to be in a position to make a decision on this in due course," he said.

The Minister for Health Simon Harris appeared to suspend a downgrade process outlined in two plans drawn up by the HSE's Dublin Midland Hospital Group in December 2017.

The DMHG confirmed to the Leinster Express that the proposed Action Plan, approved by the HSE, for the Midlands Regional Hospital Portlaoise (MRHP) was provided to the Department of Health in December 2016, with a final version submitted in September 2017.

"The Plan, which was developed by an advisory group led by the DMHG and included all relevant HSE National Clinical Leads, fulfils a HIQA mandate from May 2015 to develop a long-term strategic plan for MRHP.   The status of the proposed Consultation process is a matter for the Department of Health," it said.

The plans propose the removal of A&E and ICU from Portlaoise hospital. The relocation of paediatrics, maternity and most surgical services to other hospitals was also proposed.