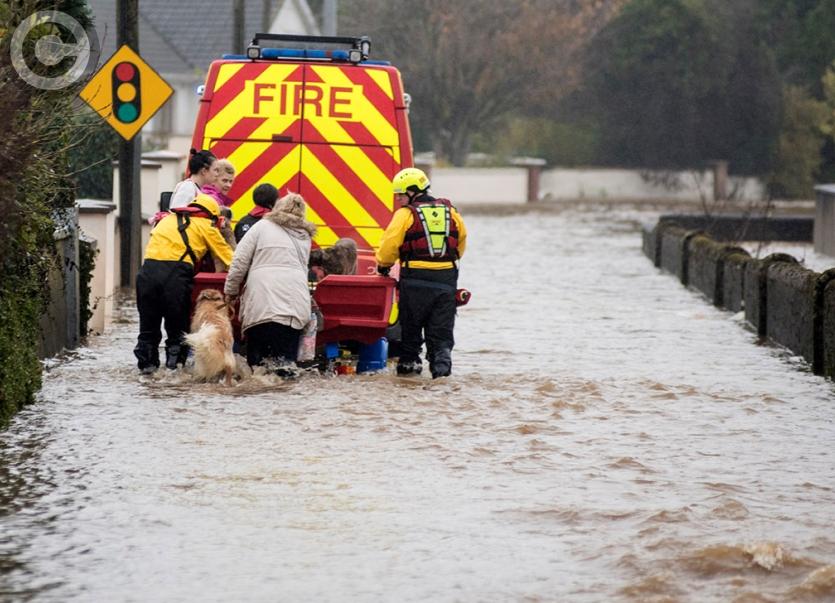 The Mountmellick flooding disaster has revealed how Dublin and the State has ignored the town and Laois for nearly a century, a letter writer to a national newspaper has claimed.

In a letter published in today's Irish Independent, PK McEvoy, of Drumcondra in Dublin says decline in the fortunes of Mountmellick and Laois 'beggars belief'.

"So it took a local deluge in the Slieve Bloom Mountains for Mountmellick to the oxygen of national publicity that will surely not last longer than 48 hours.

"I could imagine the media cohort, especially within the Pale, googling 'Mountmellick' to see where on earth it was located. And who could blame them?

"Once known as 'the Manchester of Ireland' Mountmellick has been on the downward spiral, especially since the early 1960s when it suffered the double whammy of both the closure of the railway and canal linking it to the outside world.

Mr McEvoy believes the political representation has not helped.

"For as long as I can remember, it has suffered from a vacuum of political representation from the two main  parties. Although born in the town, the current Justice Minister, Charlie Flanagan, left for Portlaoise," he writes.

He believes the entire county of Laois has been left behind.

"Nor has the county fared much better either. Once known as Queen's County, Co Laois has been invisible in terms of investment and employment opportunities over the years.

"In the 1970s and 80s local employment was mainly available in Portarlington and Portlaoise. The former lost its biggest employers through closures while the latter has consistently been overlooked for investment while at the same time its hospital being degraded year after year to junk status.

"Between 2007 and 2014 the county received a paltry €90,000 towards the development of tourism, while Killarney House in Kerry alone received €5.2 million!

"Laois is also part of the club midland counties, with a total population of approximately 750,000 conveniently excluded from the Citizens' Assembly.

"An all of this is taking place at a time when about 11pc of its population are actually migrants into the country. It really beggars belief.

"A few days ago, unionist politician, John Taylor opined that Donegal would be better off being part of the UK as Dublin ignores Donegal.

"The reality is that all Government ignores all places outside the Pale - unless, that is there is a local disaster as recently experiences by the people in Mountmellick.

"Perhaps Laois, aka Queen's County, with its county town Portlaoise, aka Maryborough, and Mountmellick, the Manchester of Ireland, might also consider its future status outside the jurisdiction in view of the historic neglect that has been visited upon it since the foundation of the State," he concludes in the letter published in the Irish Independent.