Mountmellick area councillors forced to have meeting before floods hit 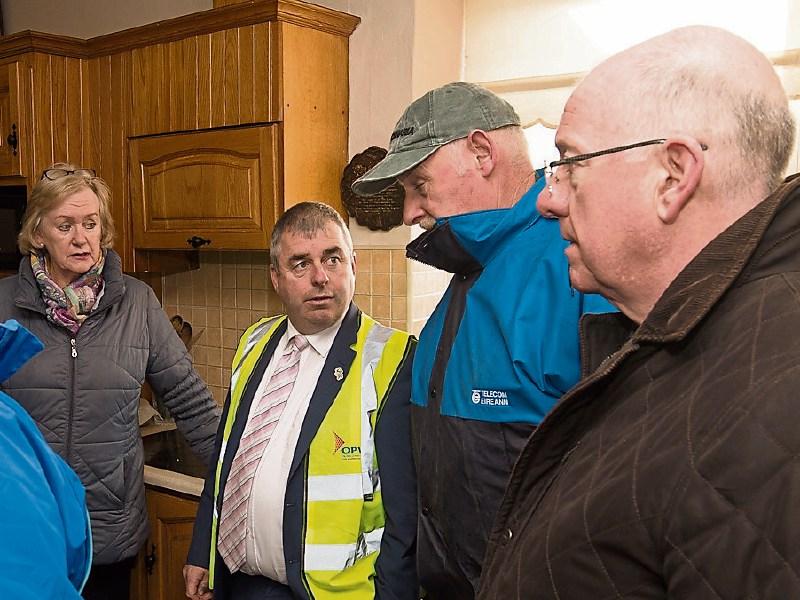 It was motionless - the Mountmellick/Borris-in-Ossory Municipal District monthly meeting in County Hall recently.

No, members and officials weren’t rigid in their seats. It’s just that there weren’t any motions on the agenda.

Indeed, the gathering wouldn’t have happened at all if Cllrs Brendan Phelan and Paddy Bracken had had their way.

In October, they had advocated that no meeting should take place in November. But Chairman John King was having none of it. He insisted that they should convene in November. This was seconded by Cllr Seamus McDonald and agreed.

And so the meeting duly took place. With a motionless agenda, how did members and official occupy themselves?

Director of Services Donal Brenna supplied a laxative, so to speak. He explained: “Given the reduced size of the agenda, I have taken the opportunity to highlight just some of the achievements so far this year in the Borris-in-Ossory/Mountmellick Municipal District area.”

He elucidated: “For the sake of brevity I have selected just two of the work areas- libraries and the roads programme locally - and indeed have selected only some of the items from within those areas.”

And thus was the constipation overcome.