Recent years have been diffcult for An Garda Síochána - both the rank and file and the senior officers.

The scrutiny and oversight they have been placed under is, to some extent, long overdue. Like all medicine, it will benefit the force and society in the long run.

When all the dirty linen has been washed in a transparent way, An Garda Síochána will be able to move forward with full confidence.

But we cannot forget the importance of this group of men and women to society.

Law and order is now an almost old fashioned term but without it society could not function. Look around the world and see where it has broken down.

Where a country loses the rule of law everyone suffers. Lives are lost.

It is the justice system that stands between us and that abyss. The Gardaí are a critical part of this safety net.

Last Friday I was in Tipperary for a refreshingly old fashioned event at the Garda Training College in Templemore, which, I might add is not not an old fashioned facilty.

Gardaí from across the country were presented with commendations and Scott Medals for bravery.

There was no razzamtaz at this event. There were no spin doctors lurking around telling you what to write or giving you a press release full of spun-out jargon.

In some ways it is underpromoted. But in other ways that is not such a bad thing.

This was an event that demonstrated the importance of the police. It also showed that they are ordinary people, from ordinary families and communites doing an extraordinary job for the rest of us.

The Laois-Offaly Division was well represented.

Five gardaí put their lives on the line near Portarlington in 1976. 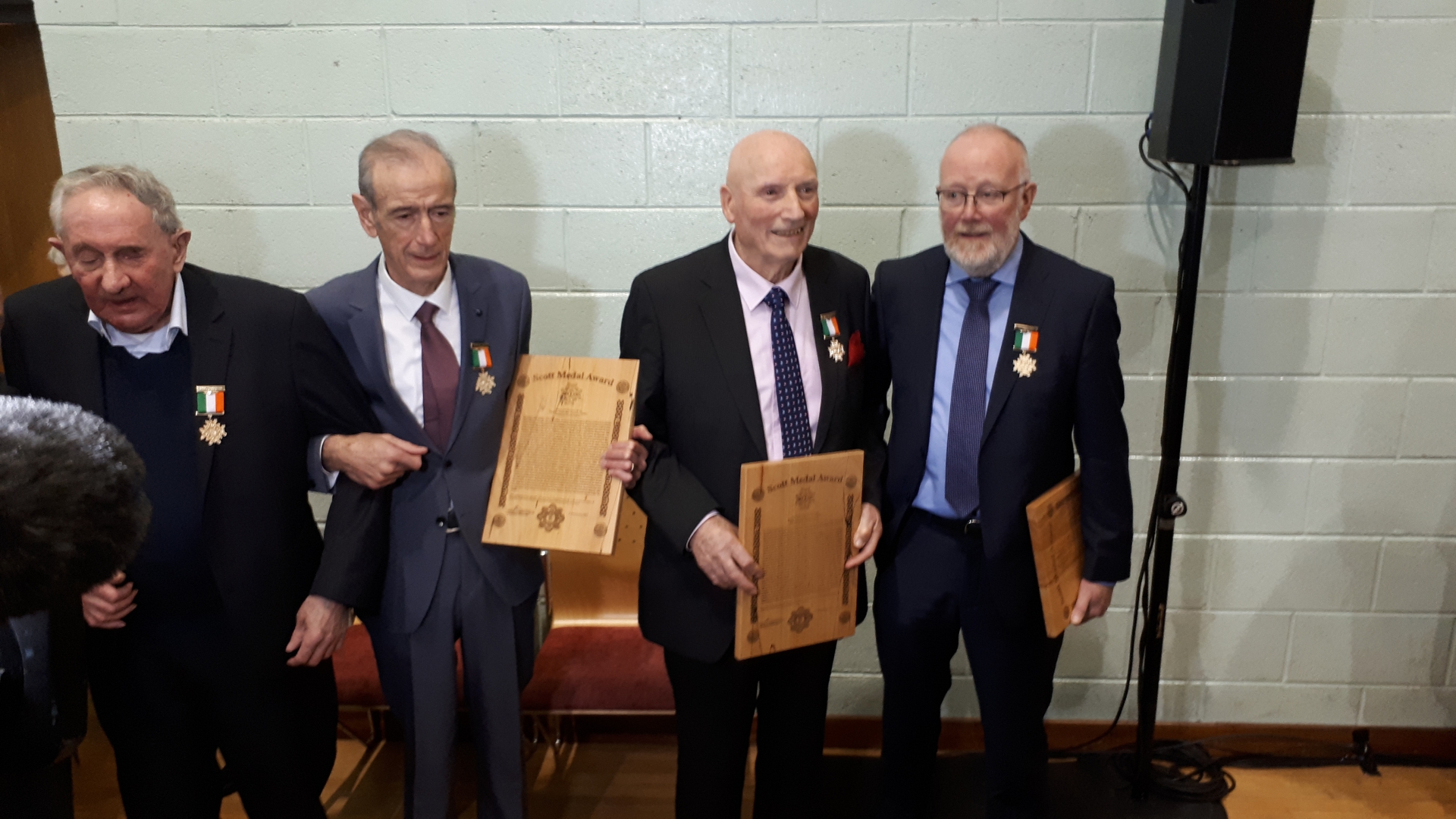 Aged just 22, Garda Michael Clerkin was blown to bits in the line of duty. He had just been approved for a transfer back to his native Monaghan when the bomb went off in Garryhinch on the Laois-Offaly border.

Garda Gerry Bohan was aged 22. He was buried in rubble but made a full recovery apart from the awful memories.

Det Garda Ben Thornton was also on the scene. He too was injured but returned to duty in Portlaoise.

Tom, who still lives in Portlaoise, lost his sight and was lucky to live.

It finished his career and turned his life upside down. Jim Cannon went back to work but, to this day, suffers with his injuries.

The men campaigned for years to get their medals. Finally, the State acknowledged that sacrifice last Friday.

The Laois Offaly Chief Superintendent John Scanlon had the vision and the will to make sure that justice was served by recognising their courage. He was backed by retired and serving gardaí, including Nóirín O'Sullivan.

Laois TD and Minister for Justice Charlie Flanagan also played a big part in having the men honoured.

They were sent out in October 1976 to stop an IRA gang from killing his father, Oliver J Flanagan.

The medals honour more than Garda bravery. They also honoured the families who have supported their husbands and fathers over the years since. In Garda Clerkin's case, his family were emotional and relieved that their brother's memory has finally been honoured and he can finally rest in peace.

Garda Tony Golden was also posthumously honoured with a Gold Scott Medal. His wife Nicola collected the medal for her husband who was killed in Omeath, Co Louth. His children were in Templemore. His little girl wore a garda's hat for fun. It was a bittersweet sight.

Garda David Brennan comes from a long line of Gardaí. David and his father Dessie, from Laois, intervened in a robbery in Dublin. David, off duty at the time, kicked an armed thief on a motorbike. He put his life on the line when he could have looked the other way. Dessie helped restrain the man.

Another recipient of a Gold Medal was Detective Garda Dominick Hutchin who was injured during the robbery of a Department of Social Welfare Office in 1987.

A man with a large sword, and four concealed knives ran at Garda Dwane Conlon at Dáil Eireann. Garda George McGuffan was off duty when a gun was put to his head by a thief in Dublin. Garda Michael Twomey was seriously injured when he was run over when attempting to stop a stolen van.

The simple citations read out for these and all the recipients is evidence that Ireland has a brave and committed police force who will put their lives on the line to stop crime or simply, and mostly, just to help people.