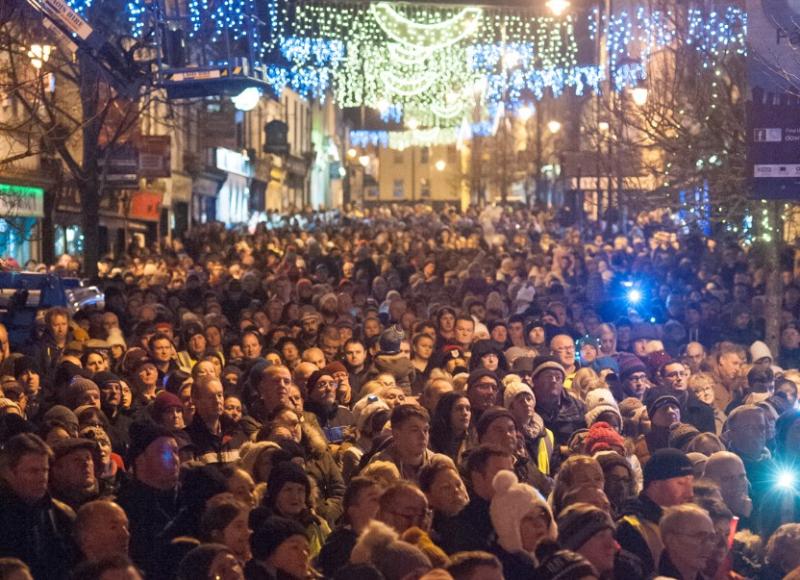 The Dublin Midlands Hospital Group (DMHG) will push ahead with the publication of its “high level strategy” for Portlaoise and the seven hospitals within the group this week.

The Dublin Midlands Hospital Group confirmed that it would go ahead with the publication of the Strategy in a statement to the Leinster Express.

There have been calls on the Minister for Health Simon Harris to force the cancellation of publication. These included a demand on the HSE from Laois TD and Minster for Justice Charlie Flanagan.

"The DMHG will publish its high level strategy for the seven hospitals within the group on Thursday, laying out a blueprint for the development of services within the Group up to 2023.

“Its focus is on developing the Group and its hospitals further, with an emphasis on improving access for patients, and further collaboration with the Group’s academic partner, Trinity College Dublin.

“The strategy is based on current Department of Health policies, Hiqa Better Safer Healthcare Standards and HSE values and principles,” said the statement.

A copy of the strategy leaked to Laois TD Brian Stanley in October stated: “We will develop a 24/7 GP referred medical assessment unit and a 12/7 local injuries unit in the MRH Portlaoise in line with national clinical care programmes models of care.”

The DMHG declined to comment if this had been deleted from the draft strategy. It insisted the strategy is not linked to the reconfiguration plan which runs to over 160 pages. It proposes removal of A&E, ICU, maternity, paediatrics and most surgery.

“The DMHG 2018-2023 Strategic Plan is not related to the proposed action plan for Portlaoise, which remains under consideration by the Minister for Health for any future policy decision,” said a statement.

The DMHG said the Group’s strategy is “independent of Government” - as is the case with all hospitals/Groups.

The Minister has the final say on the action plan, not the DMHG. It claims its strategy is not policy setting.

“The hospital group focuses on the administration and delivery of services at its seven hospitals. The Department/Minister handle policy,” said a statement.

The DMHG said the Minister is not attending on Thursday.

The plan is due to be launced at Trinity College Dublin's Biomedical Sciences Institute’ on Pearse Street, on Thursday at 10am.

The Department of Health and the HSE declined to comment.

News that the DMHG was going to publish its strategy emerged last Friday, December 15 after a leaked letter was obtained and published by Laois Sinn Féin TD Brian Stanley.

The letter was sent on the same day as the Minister Harris met with Laois TDs Charlie Flanagan, Sean Fleming and Brian Stanley. While he did not rule out downgrade, he appeared to give some reassurance that there would be further consultation.