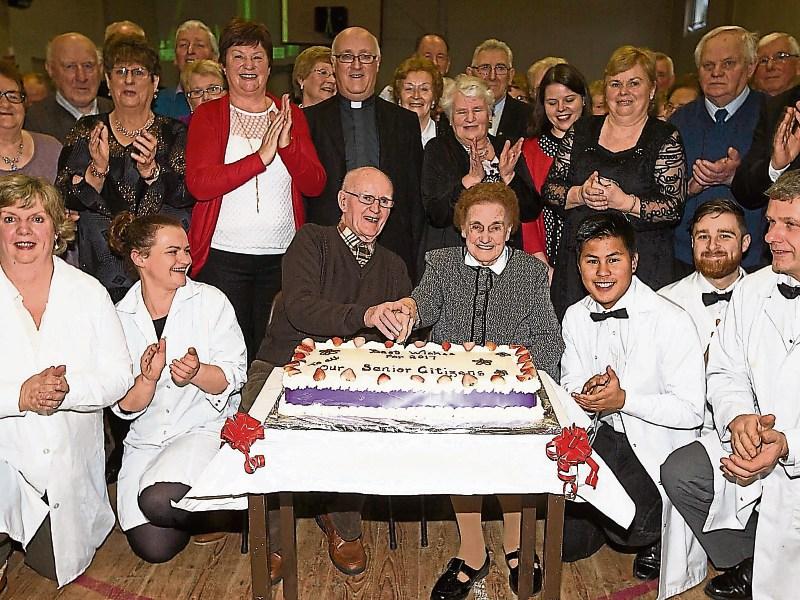 A family racehorse syndicate from Coolrain were celebrating after their horse won the Neville Hotels Novice Chase at Leopardstown in a thrilling finish at the end of 2016.

Our Duke edged out Coney Island and Disko is a cracking conclusion to the three mile Grade One, to give the Cooper Family Syndicate their biggest win after 25 years in the business.

The syndicate comprises comprises brothers Sloane, Nigel and Billy, and their sister Hazel and her husband.

Songs and memories were shared for the late Kathleen O’Brien, who passed away at the start of the year after a battle with cancer.

As St Joseph’s Accordion Band led the funeral cortege the short distance from her home at Millview to SS Peter and Paul’s Church, Portlaoise, one accordion was silent - her own. Poignantly, it was carried by her nephew, Barry Smith.

Two Laois businesses were broken into in the early hours of January 9, with brazen thieves making off with a cigarette machine from a Durrow public house. The first burglary occurred at Lismard Business Park in Portlaoise, and the second took place at Lennon’s Pub in Durrow, with thieves taking cash and the cigarette machine.

It was announced that planning permission was being sought to build 43 new houses beside the two secondary schools on the Borris Road in Portlaoise, on land zoned for educational use.

Objections were lodged from nearby residents, with fears expressed about further traffic on an already busy road.

Eddie Rocket’s blasted off in Portlaoise this month. Laois native Catherine Wilson opened the Portlaoise branch of the popular American-styled diner, making it the chain’s 38th branch in Ireland. The Durrow woman also runs diners in Kilkenny and Carlow.

The mountain left to climb to solve the Laois housing crisis was laid bare to councillors this month, when the council unveiled an action plan that fell far short of supplying enough homes for the 1,343 names on its list.

Of that number, 259 households were waiting over four years for a home.

And staying with the council, county councillors this month voted to support the legalisation of medicinal cannabis, backing a motion by Cllr Noel Tuohy.

Cllr Tuohy, who has Parkinson’s Disease, listed a wide range of diseases that reportedly have their symptoms eased by the drug, including his own.