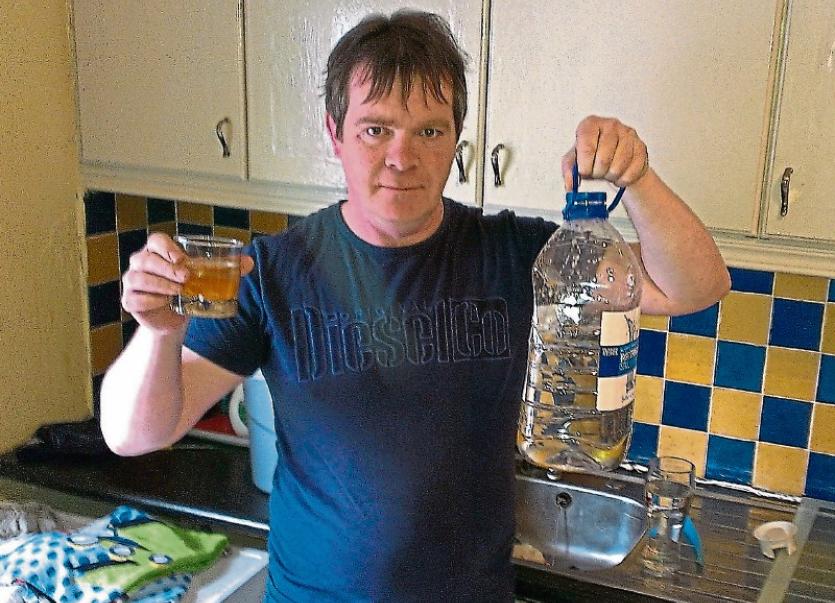 Irish Water revealed that they could not be sure whether water usage at older houses was shared with neighbours, later confirming that domestic properties in Portlaoise had no meters at all.

The admission came after Portlaoise couple Karl and Katie Meehan found yellow beads in their water that came from someone else's water treatment system.

Further investigation by the Leinster Express found 16 meters in Peppers lane to measure business water usage, showing the lack of Irish Water's knowledge of its own water metering system.

The Enva oil treatment plant in Portlaoise failed another odour test, with further complaints by residents.

The Leinster Express announced the return of its Laois People of the Year Awards, to take place in early 2018.

There was a spate of burglaries across Laois, with cash, jewellery and power tools among the items taken.

Five houses were hit in the Ballylinan area in early March. Others were burgled in Rosenallis,Mountrath and two in Portlaoise.

500 litres of oil was stolen from a Ballylinan home.

Portlaoise councillor Noel Tuohy claimed that people were letting their dogs defecate in Portlaoise cemetery, with the council asked by Cllr Willie Aird to take on extra staff to combat dumping.

Research showed that the Electric Picnic is worth €8 million to Laois, with half spent in Stradbally village.

Laois councillors effectively banned windfarms. They had set a 1.5km setback distance in the new county development plan, but added a map removing all areas zoned for wind. Council management warned that the vote could be overturned, which it later was.

People Over Wind succeeded in delaying construction at Cullenagh Wind Farm when a High Court judge decided to refer a planning decision to the European Court of Justice.

Laois County Council sealed a deal with Supermacs MD Pat McDonagh to buy 76 acreas of motorway land at Togher, for €1.75 million, with the aim to attract new industry to Laois.