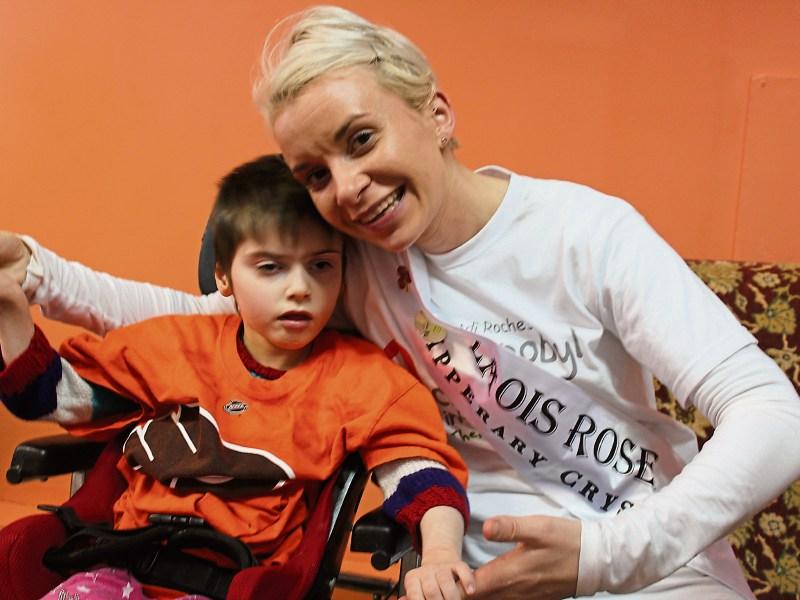 Laois Rose Kate Hyland during her volunteer trip to Belarus

“They met us with open arms and smiles, I was heartbroken to leave, if I could have taken some home I would. I have learned that the power of affection can transcend all languages and disabity barriers.”

- Laois Rose Kate Hyland on her volunteer trip to a Belarus asylum with Chernobyl Children Ireland.

“The use of knives in these types of robberies seems to be a common occurrence and is very concerning.”

- Judge Keenan Johnson, who dealt with four separate cases where robberies were committed to fund drug use.

“GPs look forward to meeting with Dr O'Reilly and colleagues when there is clarity regarding the future of services at the hospital.”

“This is one of the most joyous days in the history of Cestercian College. We have witnessed a small miracle over the past 4 weeks.”

“I suggest every household writes a letter to the Health Minister explaining how important this hospital is. If there's any problem in the hospital, or any department, it does not mean we should close that department, we will need to fix it”.

- Dr Ashfaq Ahmad calls on people power to save the hospital.

“It's a very difficult matter for members in the absence of updated guidelines, but in Laois if there the policy is no, so be it, that's the policy, but it will more than likely invite a response from the department.

“I've been looking for him all my life. I tried the Salvation Army. I wrote to Ted Kennedy. he wrote back and said he'd help but I heard no more. I would lose heart for a while and then something would spart and I would try again”.

- Sister and brother Julia and John Carroll who were reunited after 50 years apart.