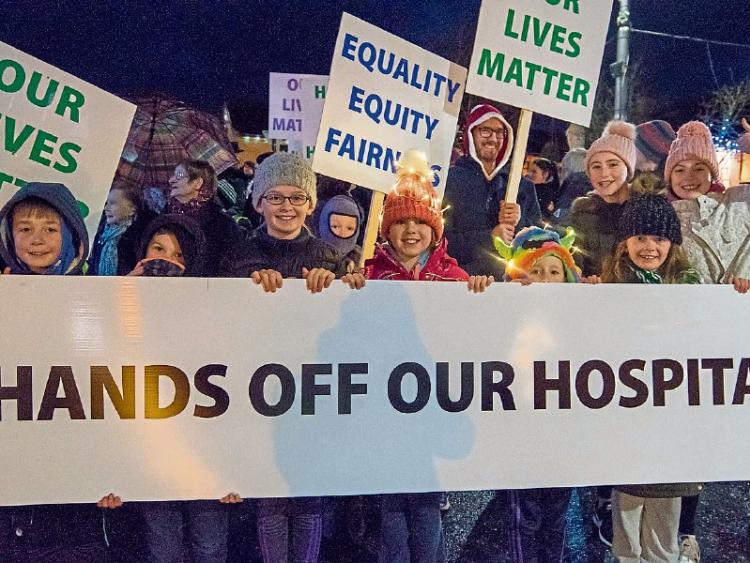 “As citizens of the State we are entitled to timely accessilble, equitable care that is nationally consistent with other parts of the country”.

“I am speaking here to Minister Harris on behalf of every parent and every child who is ever going to need Portlaoise hospital, and who might never have need to us it, but you don't know what is going to happen tomorrow. Keep your hands off our hospital”.

“On that night in 1976, five men went out and only four came home. The lives of all those affected, the men and their families, were changed irrevocably by the bomb”.

-Elma Peters from Portlaoise and daughter of Tom & Betty speaking after her dad received a Scott Medal for bravery in Templemore.

“We are all over the moon to have received the Scott Medal for bravery after 41 years. I want to say here and now that the Scott medal is very important to us and the family of the late Garda Michael Clerkin”.

“When you are next to homeless and you are offered emergency accomodation, a a hotel is second heaven. We are in a dry room, we have our showers, our breakfast and we ar out the door. It may not be home but it is better than a tent.”

-Donal Keenan, Mountmellick whose family was left homeless by the floods in November.

“When I arrived in Ireland I was placed into a foster family in Portlaoise together with my young brother. We feel at home here also the fact that we have been in school here and made friends. There is a very good community here.”

Serge Kanyamuhanga who was reuinited with his father in December after five years apart.

“The Department allows Boards of Management to make that call (school closures due to weather), except in the case of a Status Red alert like Ophelia”.

“Ye really neeed to rethink this. How safe are things fror those children in teh schoolyard in the morning.”

Cecilia Thomas on facebook in response to schools opening in the snow.