Year In Review May 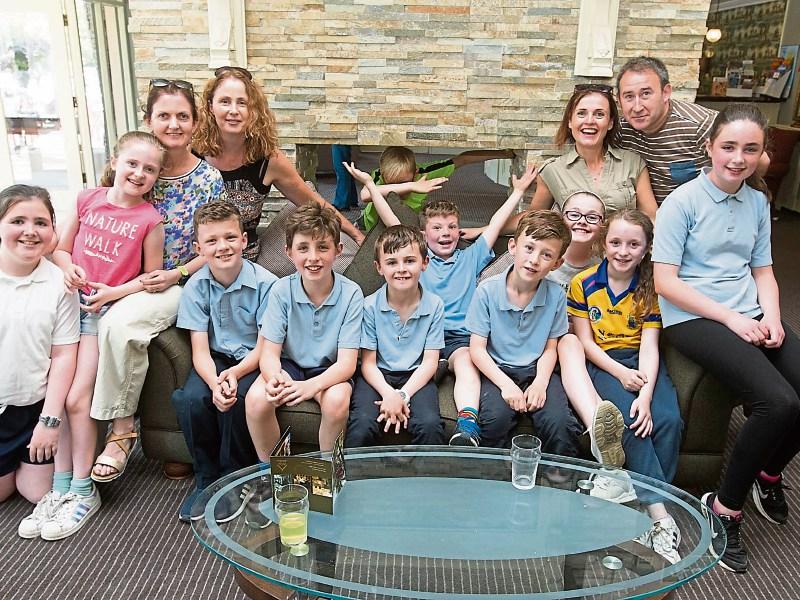 Becoming the Laois Rose was “a dream come true” for young Mountmellick woman, Maeve Dunne, who was selected to represent the county in the Rose of Tralee.

“I’ve been obsessed with the Rose of Tralee since I was a kid. It’s a dream come true, I’m absolutely delighted,” she told the Leinster Express.

Also this month, a new vision by Mountrath Community Forum was announced to restore and expand life to the Brigidine Convent, which has been vacant for the past eight years in Mountrath. The Forum plans to turn it into a multipurpose centre for the community.

A peaceful after hours Picnic Protest at Emo Court ended in about 40 people being locked into the estate for over an hour by security staff as darkness fell. Locals had gathered calling for restored longer opening time and walkers access at Emo, with around 40 people locked in without warning.

It was announced that the landmark Shaws department store on Portlaoise Main Street is to be completely demolished to make way for the new county library. The cost has risen from an initial €3.2million to €5million, including the €450k price of buying the building from Shaws in 2013.

A man was arrested following the hijacking of a vehicle in broad daylight in Portarlington in which a woman was threatened with a screwdriver and forced out of her car. Thankfully, the woman was unharmed in the incident.

50 new jobs were announced by the new Midlands Park Hotel and Conference Centre, which was officially opened this month. €7million was invested in the hotel, which marked the rebirth of what was formerly the Portlaoise Heritage Hotel.

The first ever archaeological dig in Portlaoise was held at the base of the town’s historic fort walls, uncovering such fascinating items as glazed pottery from the 1500s.

And the Portlaoise community rallied around the bereaved Dargan and McEvoy families, following the sudden death of young Daryl Dargan in the Algarve. The Lakeglen man was found dead on a stag party and the local community raised some €18,000 to help bring him his body home.