The Verbals Leinster Express Quotes of the Month November 2017 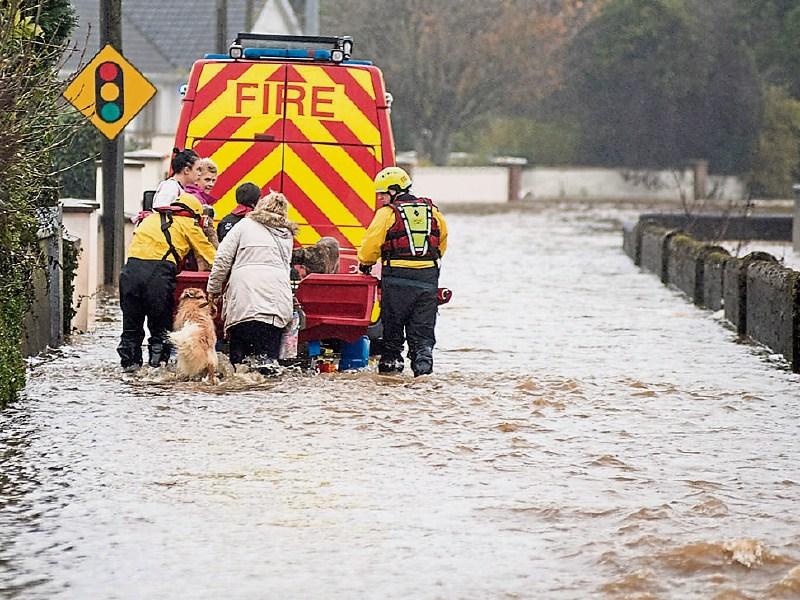 “She's been revived many times in Portlaoise hospital. I just don't know what I'd do without Portlaoise. they are fantastic there. Mary Claire is the happiest little chid you'd ever meet. I don't know what we'd do. We'd have to move. We actually would consider moving because there is no other way around it. ”

- Parent Rose Maher whose daughter suffers from a rare form of epilepsy but has received life saving treatment in Portlaoise a number of times.

“I think it needs to be said that this isn't Susan O'Reilly's plan ore even a personal crusade. This is me bringing together teams to do a thoughtful analysis of what would be the best way to address very complex issues”.

- Dr Susan O'Reilly, CEO of the Dublin Midlands Hospital Group and lead author of the plan to downgrade Portlaoise hospital.

-Letter writer to the Irish Independent, PKMcEvoy after the flooding hit the town.

“There is not a dry stitch in the house. I live in a two storey house on Emmet Street so I slept upstairs last night. Downstairs is destroyed.”

-Kathleen Gibson, who was one of the victims of the Mountmellick flooding.

“I'd actively ask anybody who knows anything about these characters to come forward. What happened to the man in Offaly was absolutely shocking”.

“There is a little bit of me that really wants to shake him and say 'shake up here lad, you're our Taoiseach now, you have actually to do things seriously”.

“Driving like this is the reason young men's car insurance is so high because of people like you driving at speed. It's absolutely appalling. It's like driving a loaded gun”.

-Judge Catherine Staines to a man who drove 178kmph in a 120kmph zone.