2017 Year in Review for September: From Electric Picnic to Entente Florale success 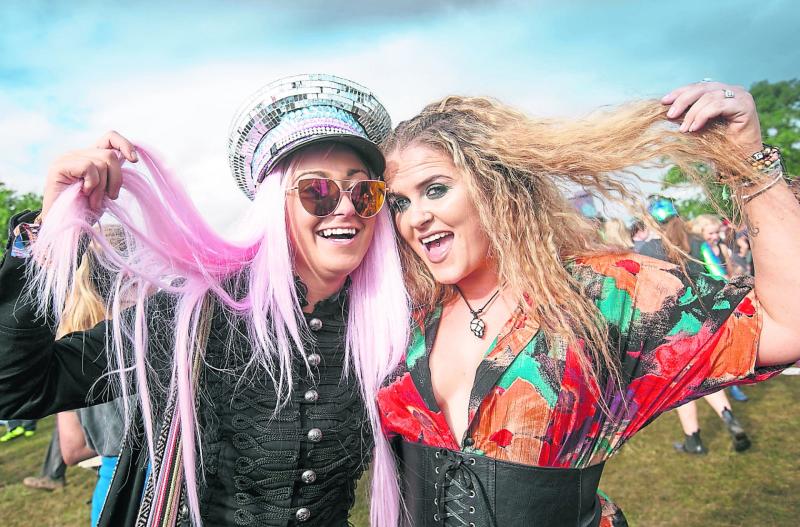 The Electric Picnic Music and Arts festival lights a fire in the hearts of Laois people every September.

2017 was no different as the weekend was one of the best since the festival's inception in 2004.

Young Laois musician Curtis Walsh performed at the festival and there was a memorable performance by Pogeuology, a Laois based tribute to The Pogues.

The stage of the venue where Pogueology performed cracked and caved in during the show on the Friday night and their performance was rescheduled for Sunday night where Shane McGowan himself joined the band back stage to show his support!

The second week of September saw hundreds of people queue up at Colgan's on Main Street, Portlaoise to get their early bird tickets for Electric Picnic 2018.

In September, 2017 Portlaoise was evaluated as being clean to European norms in the latest Irish Business Against Litter (IBAL) litter survey, coming joint 19th out of 40 Irish towns.

Very good sites included the Main Street, Church Street and Donaghmore Famine Workhouse Museum, the latter was particularly sensitively restored. These sites were not just clear of litter but well presented and maintained, and all scored a grade A.

After a long running saga of parents in the Vicarstown and Emo areas asking for a bigger school bus service for their children going to secondary schools in Portlaoise, in September 2017 they were granted a 52 seater bus which caters for all who need it in the area.

Parents of children who were left without a seat rallied together and with local political backing they secured a larger bus service for their children.

In September, householders in Laois found out that they are facing a hike in their property tax bills for the first time since the tax was introduced in 2013, to cover growing costs by Laois County Council.

The town also won the President's Prize for biodiversity for Abbeyleix Bog. The awards were held on Friday, September 15 in Podčetrtek, Slovenia.