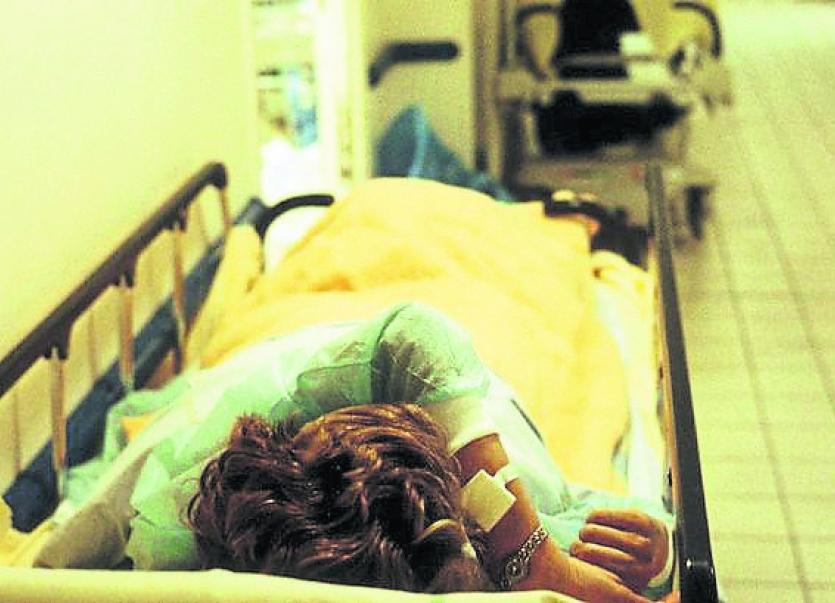 The trolley crisis worsened at all Dublin / Midlands hospitals in 2017 which will to take more patients if the downgrade for Portlaoise hospital is executed.

End of year figures from the Irish Nurses and Midwives Organisation (INMO) reveal that in total, 18,363 trollies were used in Emergency Departments or wards at Portlaoise and other hospitals in the Dublin Midlands Hospital Group (DMHG).

This group includes: St James' and Tallaght hospitals in Dublin, Naas General in Kildare and Tullamore in Offaly.

The trolley figure for the DMHG hospitals was up nearly 7% on the 17,183 trollies deployed at these hospitals in 2016. Apart from Portlaoise, all of the hospitals had to resort to more trollies to accommodate patients than in the previous year.

Tallaght had the worst problems with nearly 4,850 trollies used for patients who waited for a bed. It was up nearly 700 from the 12 months that went before.

More than 3,200 patients had to be accommodated on trollies at the Portlaoise hospital last year according to the nurses' union figures.

The 2017 figures reveal the number of trollies deployed dropped by 5% at the Midlands Regional Hospital, Portlaoise.

The Minister for Health Simon Harris is considering a plan drawn up by the DMHG to remove A&E, ICU, paediatrics, maternity and surgery from Portlaoise. He said he wanted to consult further on the plan this year.

Nationally, for the second year running, the INMO say trolley and ward watch figures, heading into the final weekend of the year, recorded over 300 patients waiting on trolleys or on additional beds in wards of our busiest hospitals.

Overall, throughout 2017, 98,981 admitted patients were recorded as awaiting a hospital bed.

Reacting to the level of overcrowding, Phil Ni Sheaghdha, the newly appointed General Secretary of the INMO, called on the HSE to explain how the predictable increases in Emergency Department (ED) admissions remain outside of the scope of hospitals to manage and control.

“Overcrowding in late December and early January is getting worse. Despite investment in winter plans, smaller hospitals are now severely overcrowded which is manifestly unsafe and leads to higher cross infection and poorer outcomes for patients.

"Nursing staff, constantly working in this high pressure, unsafe environment, cannot be expected to put up with this obvious neglect of duty of care to them and the patients they try to care for any longer. It appears to me, that staff and patients, on the front line, were abandoned while the system shutdown for Christmas and the New Year.”

Ms Ni Sheaghdha, who takes over the role of Co-Chair over the HSE Emergency ED Task Force, said there is a system of de-escalation which is mandatory for hospitals to follow, before spreading overcrowding to the entire hospital, which was abandoned during the Christmas period.

“Our figures show that on December 28 and 29, 11 of the 29 hospitals used their full capacity protocol and placed additional patients on wards. Under HSE policy, the Joint Chairs of the Task Force must be notified in advance of use of Full Capacity Protocol.

"I can confirm that no notification was provided, by any hospital, to me and that is proof enough to demonstrate an abandonment of the system for dealing with overcrowding. is now required if further misery and yet again, record-breaking overcrowding levels, are to be avoided as the New Year dawns,” she said.