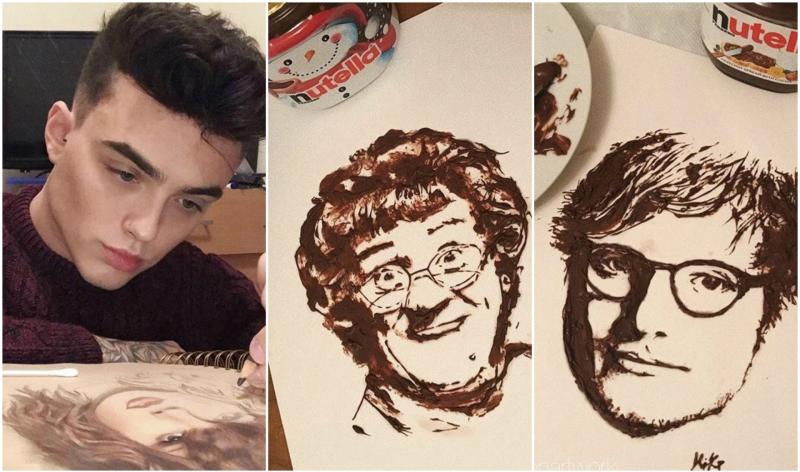 A Laois artist has carved a career for himself using the internet to share his art and his latest venture sees him create portraits using Nutella.

The household favourite chocolate spread is the latest material the 23-year-old Portarlington artist, Mike Gibson, has decided to paint portraits of well-known faces with. 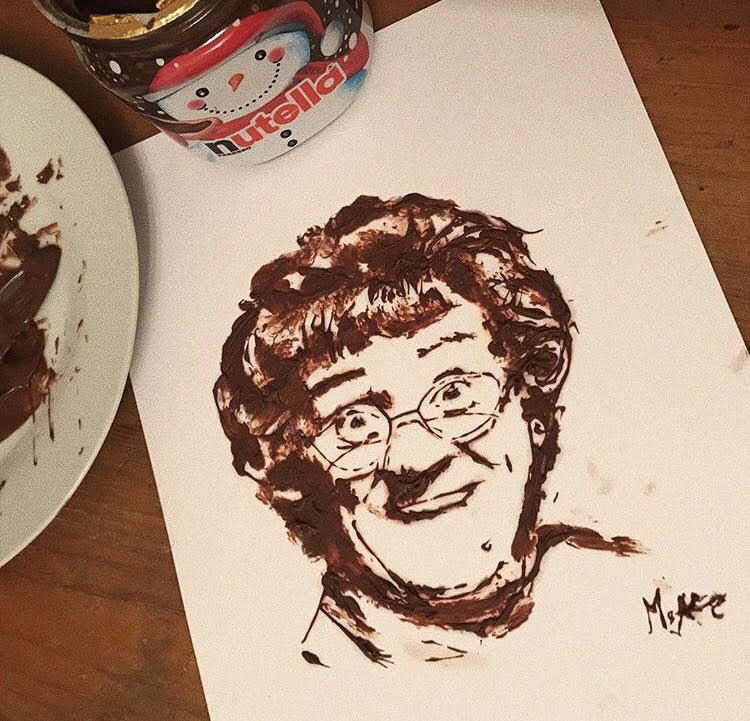 Pushed by his huge online following to constantly create new and refreshing art, Mike recently reached for the Nutella jar.

Speaking to the Leinster Express, he said that the feedback has been fantastic.

“Everyone knows Nutella, I wanted to use a brand that everyone knew and I just wanted to look into food art and I thought that people might find it interesting and they really did. 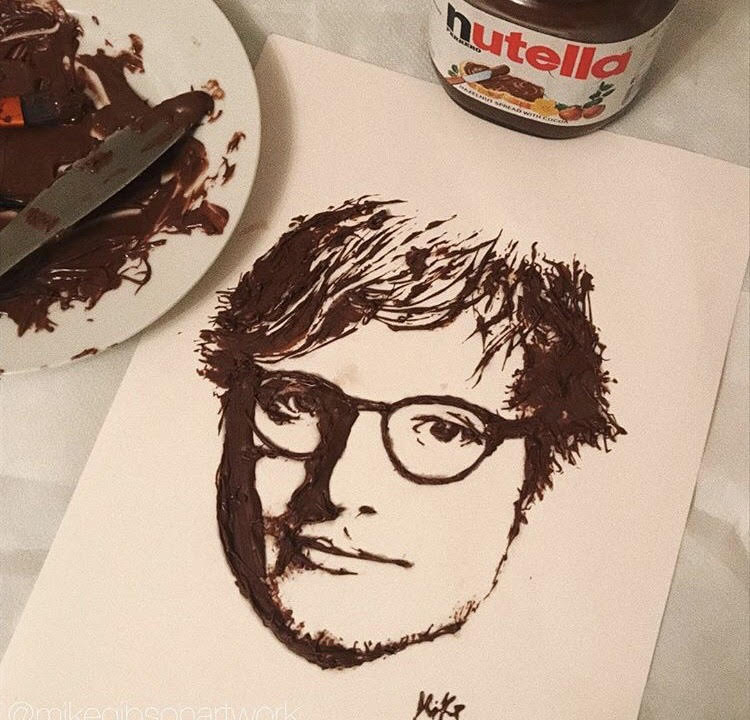 The Coláiste Íosagáin past pupil now works for himself using Instagram as the interactive platform to share his art.

Over 60,000 people follow Mike which gives his artwork a huge global platform.

Some of these people have seen his work shared by celebrities and then chosen to follow him, others he has built up over years by sharing his meticulously accurate portraits.

Mike now supports himself through the work that he is commissioned to do by individuals and brands all over the world - a position that artists worldwide aspire to. He also models with 1st Options Models. 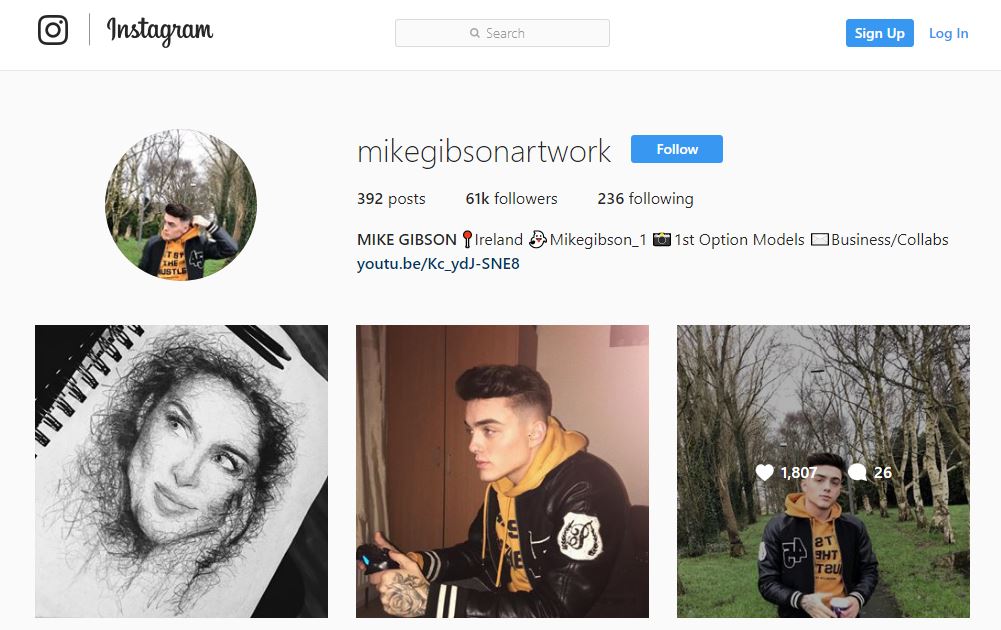 While this is a lifestyle that many aspire to in the 21st century, it took endless hours of hard work and dedication to get to this point.

“I started off from putting them up on Facebook just for friends and family to see and it took off from there and it became popular.

“It was seen by Rihanna, she was the first big person to notice my work. Now I do a lot of stuff for brands, I model myself and I am able to use my Instagram as a career now.

“It is really empowering to think that if you stick to something that you like doing and that you love that it can work out for you. 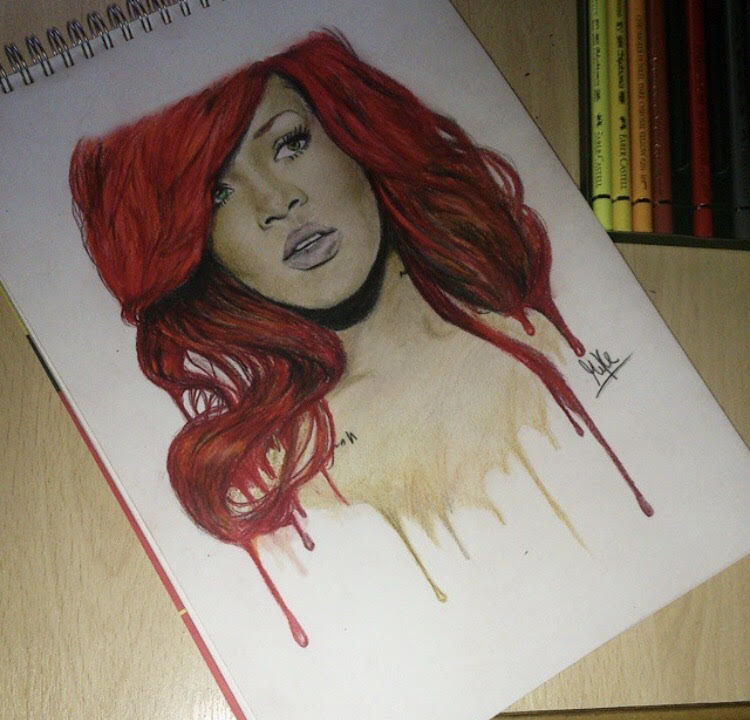 Most of Mike’s work consists of realistic portraits which can take anywhere from 14 hours to weeks depending on the size.

One of his pieces that received the most attention was the evolution of eye makeup from the 1950’s to now.

“I did a piece last year it was called The Evolution of Eye Makeup, that really took off. It was the evolution of eye makeup from 1950’s to now and that went pretty viral. Kim Kardashian’s makeup artist had it up on his page, Huda Beauty, there was loads of pages and it is still going itself.

“It got nearly a combined one million likes from all the pages that had shared it so it done pretty well for me,” he said. 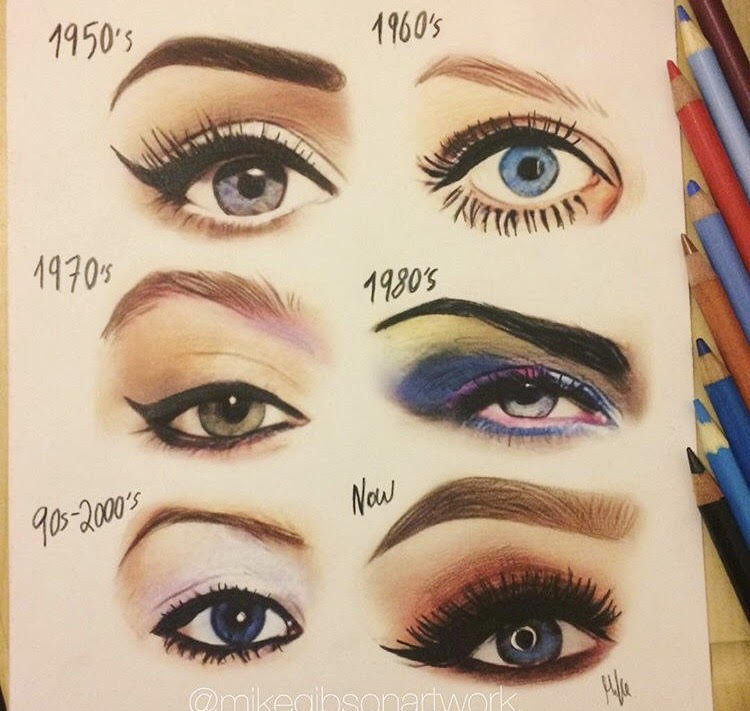 With over 60,000 pairs of eyes on his work everyday just on his own Instagram page, Mike often turns to these followers for their input in his work.

“A lot of the time they give me ideas. I do know that they are there and I have that foundation there that if I am stuck for an idea I can put a question out there or a poll and they can help me out with it so I am not always completely stuck. I like it because it encourages me more,” he said.

Mike said that he never expected his career to work out this way - especially to reach this level of success at such a young age. 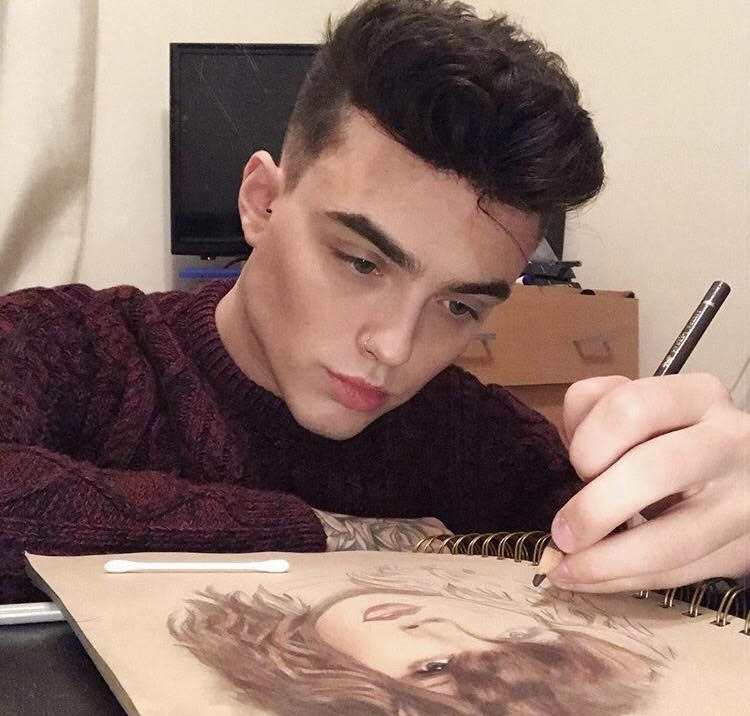 His plan for 2018 is to continue pushing himself on his creative journey.

“I never expected all of this to come. I just take it as it comes and to be more and more creative every month and think up new ideas. This is definitely what I want to keep on doing.

“Just stick to it, put it out there and make sure you have a good support around you and always be creative.

From Rihanna to nutella - what will be next for this Laois artist with a global platform at his fingertips? 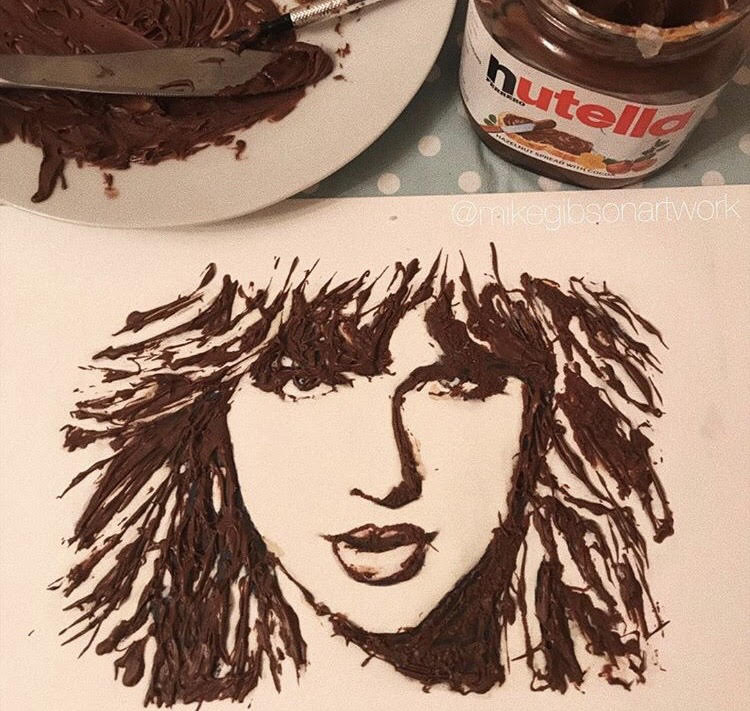 Read more: 'Extreme winds' and 'bitter cold' to follow Storm Eleanor which was as powerful as Ophelia.