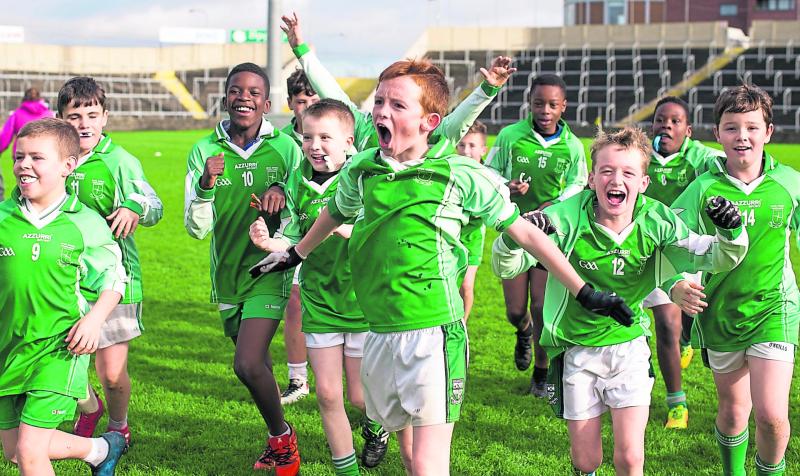 The foundation of a new GAA club in Portlaoise is one of the most eye-catching recommendations to come from the Laois Strategy and Action Plan, which was launched last night.

The strategic plan, entitled 'The O'Moore Rising, A New Beginning for the GAA in Laois' was overseen by former GAA President Nickey Brennan, and looked at all aspects of the GAA in Laois.

With the population of the county set to reach almost 90,000 by 2023, the committee which drafted the document have recommended that a new GAA club be founded in Portlaoise to cope with the expected population influx in the county's major town.

The club would be formed in the Knockmay or Mountmellick Road area, and be a solely juvenile club to begin with, likely catering for the U-6 or U-8 age groups.

It is not the first time a new club being founded in Portlaoise has been mooted, and when the Kilminchy housing estate began, a new club was formed to try take advantage of the population boom in the area. However, it received little support, and subsequently closed down.

The review committee have strongly urged Laois GAA to revisit the idea, however, and this time are looking for it to be positioned on the opposite side of the town. With the Portlaoise, The Heath, Clonad and Park-Ratheniska club grounds all on roughly the same side of Portlaoise, the positioning of the proposed new club in the Knockmay or Mountmellick Road area would give it the most potential for success.

The report notes that somewhere in the region of 6,000 non-Irish nationals live in Portlaoise town, and with few, or possibly none, having any significant ties to a GAA club in the area, it is felt that efforts will have to be made to bring the games to them, in order to make full use of the population boom in the county.

The report calls for "strong leadership" from Laois GAA if this is to happen, while the Leinster Council are also urged to provide support if, or when, it ever gets off the ground.

The recommendation comes in Section 7 of the Strategy and Action plan, which also covers the areas of Rural De-Population and Community Integration.

A stark warning in the pages of the Strategy and Action Plan states that, owing to the Local Authority County Development Plan, there is little prospect for population growth in rural Laois, which will place the future of some clubs in jeopardy.

In truth, many rural clubs in Laois are already in a perilous state, and as noted in the report, will likely "never field an underage team on their own again."

The issue of combined teams (Gaels teams) was raised here as well, as it was in other areas of the report, and Laois GAA are urged to review their criteria for sanctioning combined teams in the future.

The report also urges Laois GAA to lobby relevant parties in order to speed up the roll-out of high-speed broadband into rural areas of the county.

The committee noted that the roll-out of broadband was a key issue for commercial and private stakeholders in rural Ireland, and efforts should be made to speed up the provision of broadband.

Just last week, however, Laois TD Sean Fleming revealed it will be 2023 before some parts of rural Laois have high-speed broadband made available to them, so this looks like being an ongoing problem.

Laois GAA have also been encouraged to make a special effort to integrate the large number of non-Irish nationals living in the county into the GAA.

While many will have experience of sports such as soccer or basketball in their homeland, the GAA is a new sport to practically all of them, and while the committee encountered a positive mindset around the county when it came to community integrations, it urges Laois GAA to be proactive and retain the issue as a matter of importance.