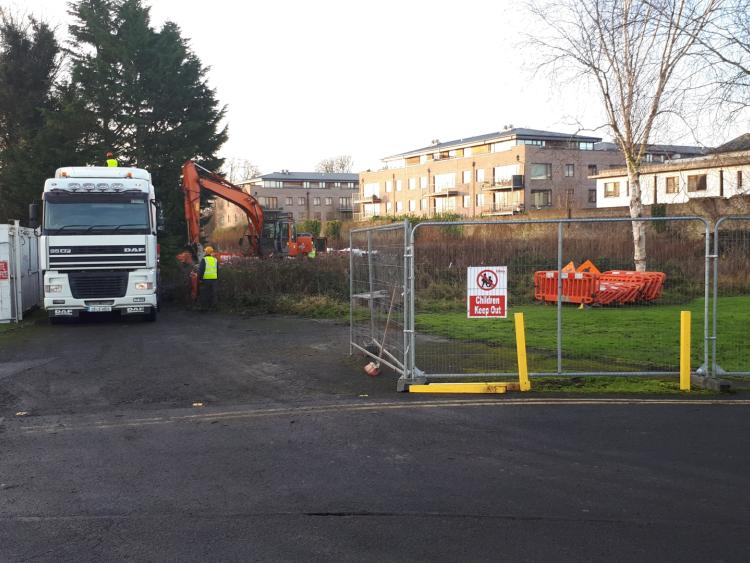 The site of the new treatment centre in Portlaoise.

A treatment centre for drug and other addictions is Portlaoise is set to cost nearly €3 million to build in health service spending.

A total of €2.40 million will be spent this year and the total bill is €2.95 for the 400 sqm facility on HSE land off the busy Dublin Road near the town's prisons. No extra day to day spending is budgeted for by the HSE.

The centre is due to be built by the end of 2018 and will be fully operational in early 2019. It will expand significantly in both scale and scope of service provided from Coote Street Portlaoise. It is will also have regional remit for addicts from around the midlands.

During the planing process the HSE told Laois County Council that it is important that CADS would not be accessible or in proximity to other parts of St Fintan's for security reasons.

There are a number of elements to CADS, including methadone maintenance, counselling, alternative therapy, rehab and aftercare, family support, harm minimisation, Outreach etc. A needle exchange was identified during the planning process.

At the Laois Joint Policing Committee in September 2017, the Midlands Drugs Task Force revealed that in 2015, a total of 945 people presented for treatment across the counties of Laois, Offaly, Longford and Westmeath, 137 of which were in Laois.

A total of 390 people presented for alcohol difficulties, followed by 301 for opiates, 146 for cannabis, 43 for cocaine, 30 for benzodiazepines, and just one for ecstasy. A further 21 presented for other stimulants and drugs.

It is expected that inmates of Portlaoise's prisons will be attending CADS upon their release as part of a step down programme.

The expected hours of operation are 8am to 8pm weekdays, with some infrequent services operated over weekends.

The HSE confirmed in December 2016 that contracts were signed with two agencies, Extern and Merchants Quay to provide addiction services to adults, teenagers and children in Laois, Offaly, Longford and Westmeath.

Planing permission was granted for the centre in February 2016. The site has been overgrown for some years and at one point it was earmarked for a new Garda Station.

Clancy Construction has the contract for the project. The Thurles-based firm recently completed the €9 million construction of Scoil Bhríde National School in Portlaoise.

Work has had to be carried out to remove a small knotweed infestation.