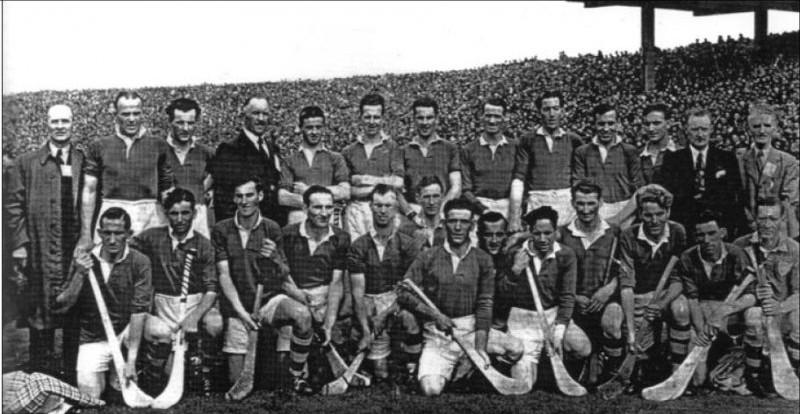 Of all the moments chosen in this list, the 1949 final is probably the outlier, in terms of the time frame.

While there have been many great days for Laois hurling, the 1915 final is well beyond living memory, and the great team of the 1980s didn't achieve a provincial success.

That great prize did befall this team, which defeated Kilkenny in the 1949 decider.

Kilkenny had been Leinster champions in 1947, while Laois served their notice as an up-and-coming side in 1948 when they contested the Leinster final, only to be beaten by Dublin.

Laois began their Leinster championship campaign of 1949 with a big win over Offaly in Birr, and followed that with revenge over Dublin, as they beat them in the semi-final by three goals, 6-6 to 3-6.

That secured their place in the decider, and it proved to be a close final, but Laois managed to prevail on a scoreline of 3-8 to 3-6, against Kilkenny in Nowlan Park.

It was a brilliant victory for Laois, and one which has yet to be equalled. Victory over Galway followed in the All-Ireland semi-final, but they were well-beaten by Tipperary in the final.

The Leinster final victory remains the stand-out moment for both this team, and Laois hurling. Laois returned to the final two years later, in 1951, but were beaten by a Wexford team replete with Rackards, which would go on to dominate hurling in the province.

The legacy of that Laois team was the esteem in which they were held, with six of them voted onto the Laois Team of the Millennium - Timmy Fitzpatrick (goalkeeper), Tom Byrne (centre-back), Jackie Bergin (full-back), Billy Bohane (midfield), Harry Grey (centre-forward) and Paddy Lalor (corner-forward).