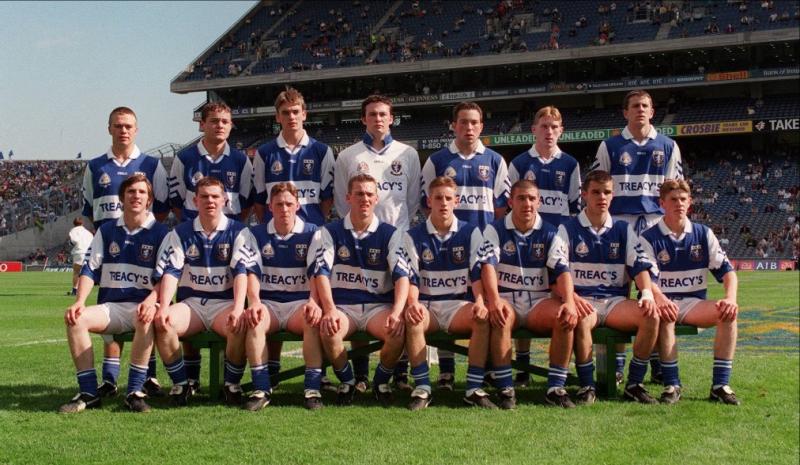 It's probably a bit jarring to think that some of the team which won this All-Ireland title back in 1996 will be celebrating their 40th birthday's in 2018.

The memories of the game will remain vivid for many Laois people, but the significance of the win was probably greatest, and this team would ultimately provide the foundations for the seniors success in 2003.

This team provided huge entertainment from the moment they took to the field in 1996, and they managed to achieve the breakthrough so cruelly denied to the 1995 team, after they were taken to two replays by Westmeath in the Leinster final.

In 1996, Laois also drew the Leinster final, to Dublin, but absolutely blitzed them in the replay, played in O'Connor Park in Tullamore, winning 2-18 to 1-8.

There was a sense after that game that there was more to come from this Laois team, and they duly obliged. Gabriel Lawlor's charges advanced to the All-Ireland final, where they met the great aristocrats of intercounty football, Kerry.

They got a great start, with Noel Garvan's speculative shot from long range into the Hill 16 end deceiving the goalkeeper and ending up in the net.

What proved to be the winning score arrived in the second half, with Brian 'Beano' McDonald coming up with a goal to etch his name into history.

Stephen Kelly's mis-hit free in the 42nd minute didn't look like it would cause too much trouble, but Beano dived into the area and fisted the ball to the bottom corner. Laois won 2-11 to 1-11, and an unprecedented run of success had begun.