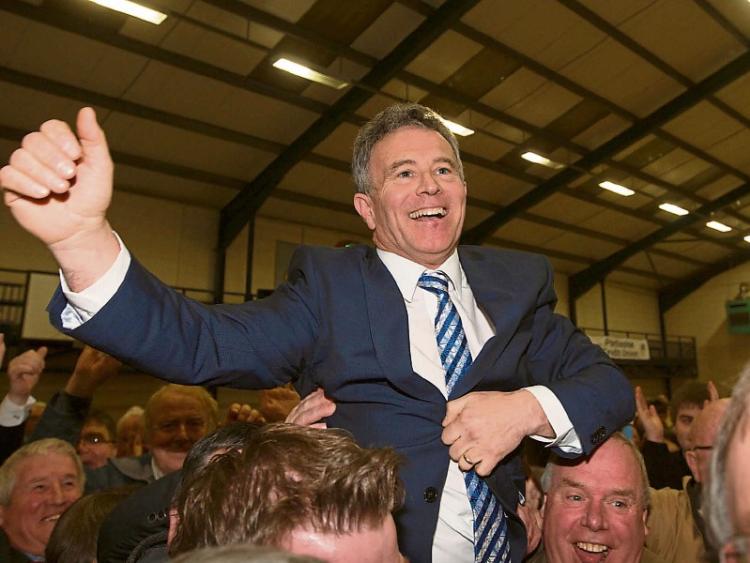 Fianna Fáil is likely to run four candidates in Laois Offaly with the party hoping to take three out of five Dáil seats up for grabs at the General Election, according to sitting Laois TD Sean Fleming.

Speaking to the Leinster Express Dep Fleming said that a date has yet to be set for when the party will hold its candidate selection convention for the reformed five seat constituency.

However, he expects that four candidates would be selected on the basis of the vote gained in the two counties at the last election. In 2016 FF won 39% of the vote. Dep Fleming said three seats could be won if the party won 43% of the turnout.

it would be for party HQ to decide on the convention and call a strategy but Dep Fleming is working on the basis that there will be three candidates given the 2016 performance.

Dep Fleming told the Leinster Express that it was 'possible' that his party could win third seat.

He also revealed that Laois Offaly is one of the final tickets yet to be decided of 40 constituency selections to be made by Fianna Fáil.

FF lost its grip on three seats in 2011 when Dep Brian Stanley unseated the then Minister of State John Moloney. Dep Stanley retained his seat in the three seat Laois constituency in 2016 when Carol Nolan won a seat for SF in Offaly seeing off Cllr Eddie Fitzpatrick of Fianna Fáil who is based in the Portarlington Edenderry area.

However, a large chunk of Laois has been sliced off to create four seats in South Kildare. This could impact both Fianna Fáil and Sinn Féin.

On the Laois side a return of John Moloney has not been ruled out. He has so far declined to comment on such speculation. Cllr Fitzpatrick's base has been eroded. A return of Peter Ormond is possible.

Fine Gael in Laois has yet to confirm its final ticket but Minister for Justice Charlie Flanagan is already confirmed.

Dep Brian Stanley is on the Sinn Féin ticket and Carol Nolan is also likely to run. Dep Nolan is suspended at present due to her opposition to SF's backing for the repeal of the 8th amendment.

Fianna Fáil ran just one candidate in 2016. Cllr Catherine Fitzgerald pulled out during the race.