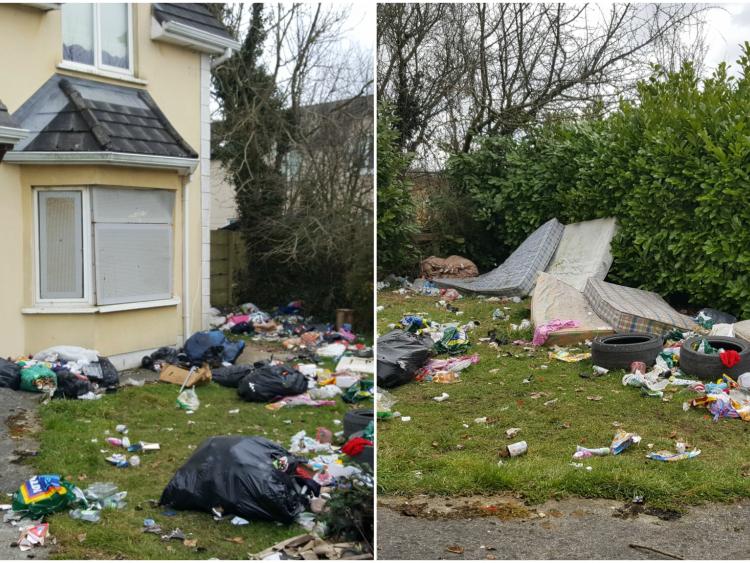 A Laois landlord has said that he may be driven to use a digger to knock down a house that has become a hub for 'shocking' illegal dumping beside his own properties.

Housing developer, Lynus Breen, told the Leinster Express that neither he nor Laois County Council have been able to find the owners of 41 Rushall, Shannon Road, Mountrath to contact them about the shocking build up of rubbish at the seemingly abandoned property.

Mr Breen said that the rubbish is now drawing rats, effecting his tenants in the two houses on an adjoined site, separated by a wall.

“I will go in with a digger and knock it down and then we will find out who owns it,” he said.

Rubbish has been continuously dumped at the boarded up house since the beginning of March according to Mr Breen who added that his tenants pay ‘good rent’ and should not have to put up with this at the back of their house.

“My tenants have complained to me, they are two young couples, both with newborn babies and they work hard, they do not need to come home every day to this.

“Someone, somewhere must have some record, some solicitor somewhere. I will knock the house to the ground with a digger and then we will find out who owns it,” he said.

Mr Breen, who plans to develop an additional 49 houses on a nearby site said that this dumping may turn away potential buyers.

“I own a site next to it, I will be developing 49 houses on the site beside it. It is a lovely estate and I am hoping to start the development next year but this would put me off, the sight of it could turn away buyers,” he said.

He added that the boarded up house is becoming an anti-social area with ‘youngsters coming down and hanging around’ where the rubbish is.

“I am blaming society I am not blaming the council. Every house should have a bin, it is a hazard, some children will go in there and there could be needles or anything in it. Someone has to be held accountable. It is a free for all.

“The environament section of Laois County Council could not figure it out, they said if the rubbish is on the path or road they can clean it up but not on private property,” he said.

Cllr James Kelly has said that children are being used to dump the rubbish.

“It is gone completely out of control and is now a health and safety issue along with being illegal.

“There are young families living in close proximity to this site in Rushall and adjoining housing estate Radharc na Sleibhte.

“It is my information that children are being used to openly dump rubbish during daytime hours.

“I have been in constant contact with Laois County Council on this very serious issue and progress is very slow as this residence is now with the banks who are very slow to reply to the council,” Cllr Kelly claimed.

“As this is the case the legal end of things are holding everything up as the council cannot just go on site and clean it up,” he added.

The pictures show the extent of the illegal dumping, with mattresses, tyres and general household waste scattered all around the property. 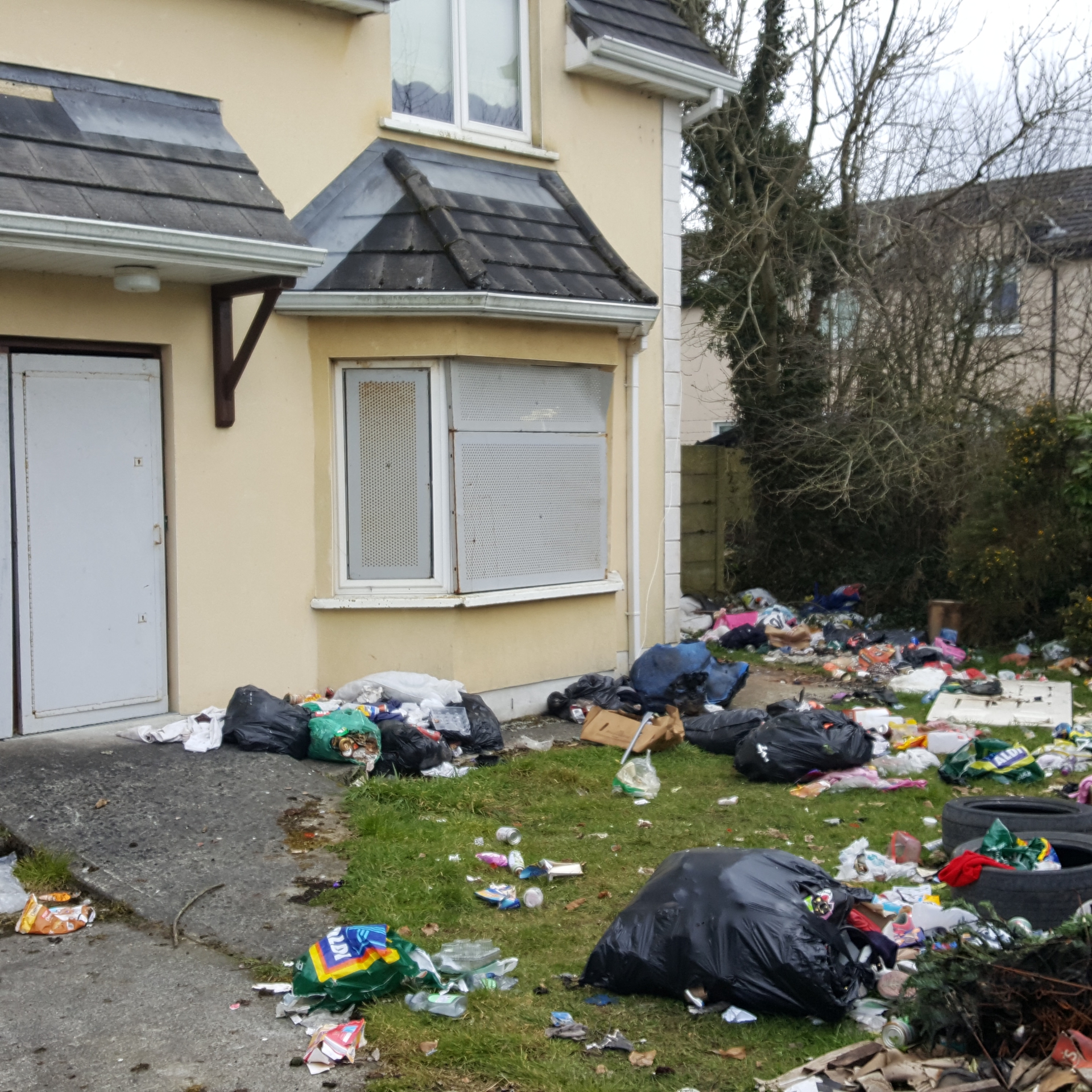 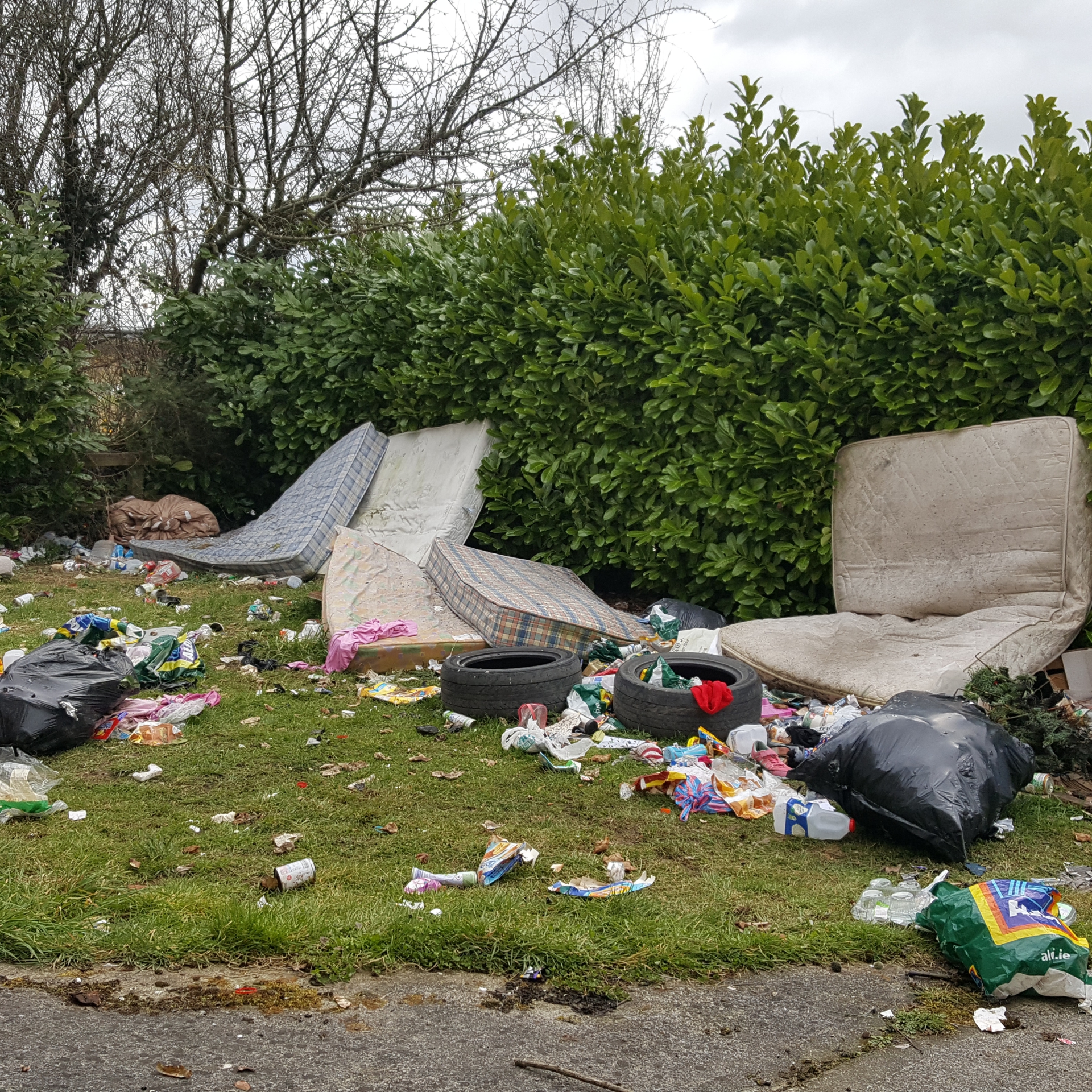 Illegal dumping is also a problem on council land near the Community College and St Fintan's Cemetery in Mountrath.

Cllr James Kelly has said that the rubbish has been set on fire.

"This site is a constant when it comes to dumping and on several occasions the rubbish has been set on fire.

"At the moment this corner site is zoned residential but on numerous occasions I have requested Laois County Council to rezone it as a car park for the cemetery and for the college which at the moment is not able to cope with the heavy traffic at different times in the day," he said. 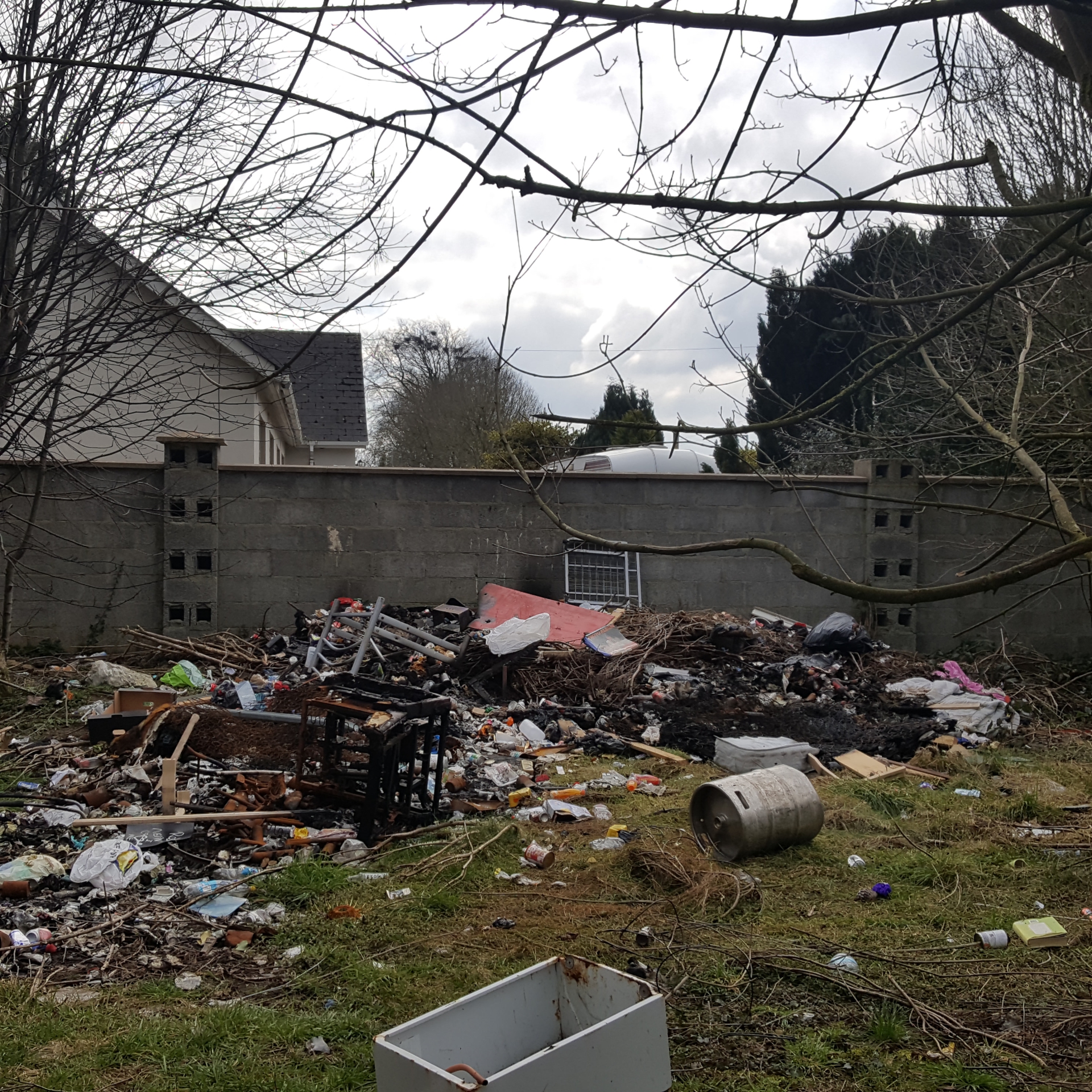 UPDATE: Laois residents take matters into their own hands and clean up shocking dumping.