Illegal dumping 'epidemic' in Laois as couch dumped in ditch 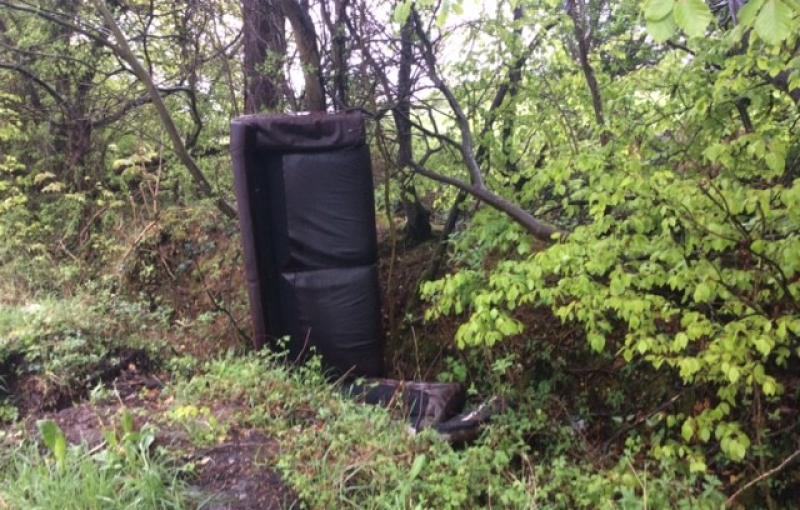 A couch dumped in Rathdowney.

Signage will be erected this week to combat the ongoing illegal dumping ‘epidemic’ in Laois while a number of new locations have been added to the mobile CCTV rota.

No dumping signs will be put up at the slip road at Eglish Grogan, Rathdowney where ‘old couches and filthy bags of rubbish’ are being dumped ‘on a regular basis’ according to Cllr John King. The location is also going to be included on the mobile CCTV Rota. 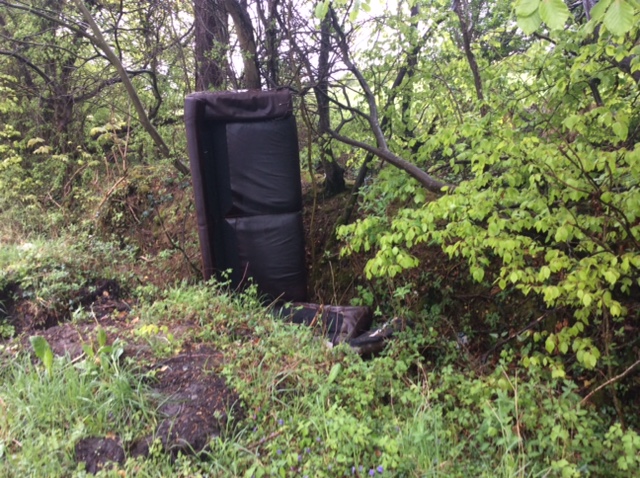 Cllr John King tabled a notice of motion on the issue at a recent council meeting and welcomed this decision. He added that illegal dumpers need to be named and shamed.

“This is an ongoing problem, we talk about it all the time.

“All we can do is put up signs but at some stage they need to be named and shamed,” he said.

Cllr Seamus McDonald also tabled a motion to get signs and CCTV at Brockera, Clonaslee and Cush.

He welcomed Laois County Council’s decision to erect signs and include mobile CCTV at these locations too.

“There has been illegal dumping on the Clodiagh River for a long number of years, it is disgraceful.

“I am delighted to see a camera going up,” he said.

Cllr James Kelly agreed that dumping is a serious problem in the county,  particularly at a number of locations in Mountrath where residents recently cleaned a vacant house  after it was filled with rubbish.

“You would want one million euro to clean it up, it is an epidemic,” he added.

Director of Services at Laois County Council, Donal Brennan said that Senior Executive Engineer for Environment, Orla Barrett, recently had a successful court case against an illegal dumper who was caught on CCTV.

“There was a substantial fine against them, we do take action,” he said.