Drop in emigration putting pressure on cemetery spaces in Laois 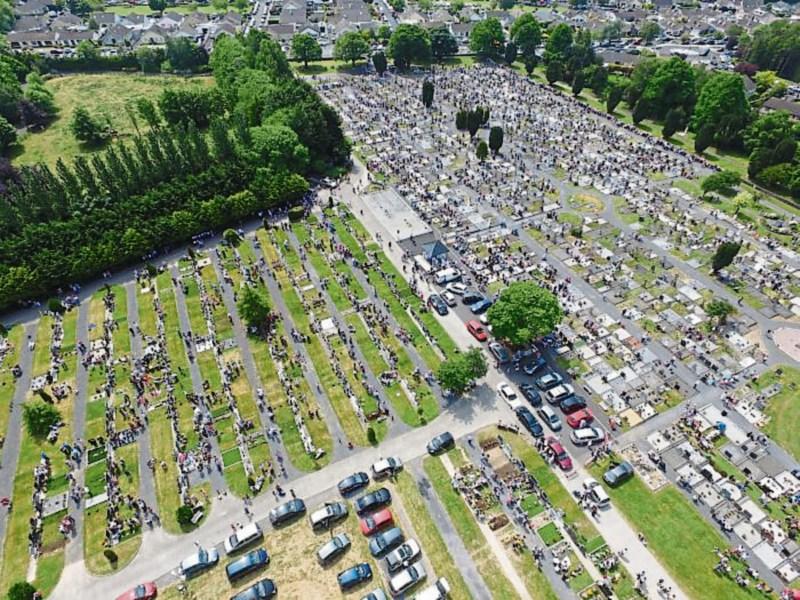 The fall in the numbers of Laois people emigrating abroad has meant that more people are being buried in the county, putting pressure on cemetery spaces according to Laois County Council.

The local authority is now drawing up a plan for increased burial plots in the 27 Laois cemeteries under its care.

“Emigration has dropped, we need an increasing number of grave places and we have to plan for that,” the Director of Services Donal Brennan stated at the April council meeting.

All of the council’s cemeteries in Laois are currently undergoing the detailed survey to see what condition they are in and what space they each have.

Each cemetery will be reviewed under categories including its location, entrance and exit points, health and safety, the demand for plots, and remaining space.

A schedule of works needed at each cemetery will then be drawn up. Whatever work is needed will only be done on a priority basis however, and as money becomes available.

A report is expected to be completed by August.

The population of Laois has grown rapidly in recent years as it became part of the Dublin commuter belt.

There are 208 known burial sites in total in Laois. A detailed survey was done in 2011 on them for Laois Heritage Forum. See details here.