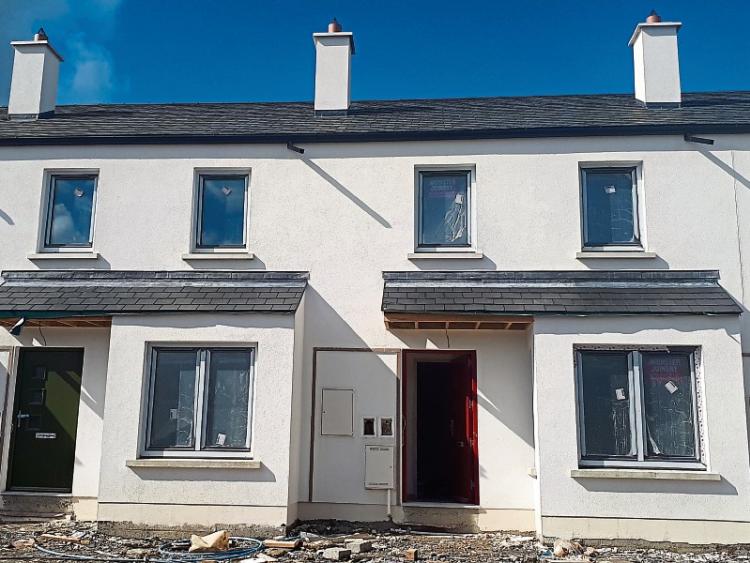 Keys to over 80 Laois homes will be given to people on the council waiting list this year, just ahead of the government’s target to the county of providing a minimum of 76 units for 2018.

The homes are a mix of apartments and houses owned either by the council or by housing bodies. Some are newly built, some only recently completed after being left unfinished since the construction crash, and some restored from dereliction.

The latest housing report from Laois County Council announced that tenants have been nominated for six houses in Droimnín retirement village in Stradbally.

That estate was left incomplete for some years, until a local developer bought it and began to finish out the 2 bedroom homes, some for Laois County Council, some to sell on the private market.

In Portlaoise, works are underway on the Cluid Housing Association’s five properties in Jessop Street.

“These will be available shortly for tenanting,” the council said.

The 33 new houses at Conniberry Way council estate in Clonminam in Portlaoise, are expected to be complete by late May or early June. New tenants are now being selected for the houses.

Many units are coming available in Portarlington.

Government funding has been approved to finish off 39 apartments at the Corrig Glen complex. The apartment blocks on Station Road were mostly unfinished since the recession hit, many hit by vandals and thieves. One block was bought by a developer a year ago for over €1.5million.

“They are being finished to a very good standard. They will be of benefit to people on the housing list,” the CEO John Mulholland said.

The money to finish Corrig Glen has been provided through the government’s Capital Advance Leasing Facility (CALF) which gives upfront cash to Approved Housing Bodies. They borrow the rest of the money needed and also receive on-going exchequer payments.

Other homes in Portarlington are progressing, but will not be ready for some time.

At Ballymorris, plans for 22 homes have received Stage 2 approval from the Department of Housing. The public can view these plans which are now at public consultation stage, in county hall.

“It is mind boggling, the standard of homes, an absolutely lovely job. I just hope it’s respected,” Cllr Aird said.

“It is wonderful news to applicants for housing. This estate was idle for ten years, there were nearly suggestions to demolish it. Luckily a developer purchased it in its sins, these are lovely two and three bed apartments,” he said. 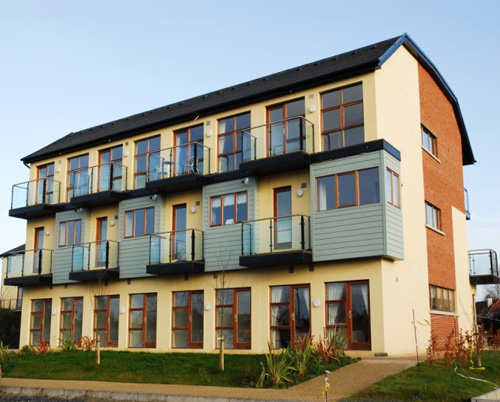