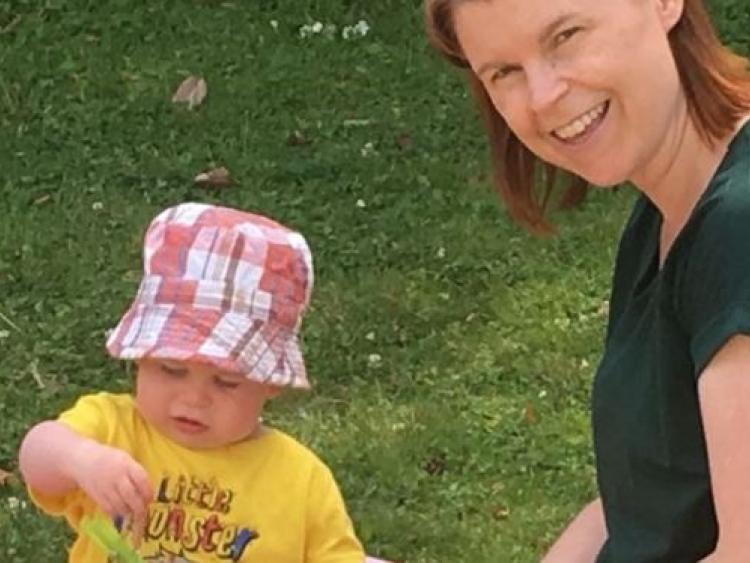 An online fundraiser for a Laois woman with a rare form of cancer has almost reached its €100,000 target.

The GoFundMe account was set up by Shane Whelan from Abbeyleix on behalf of his brother Martin and his wife Julie Weinmann.

In March this year, 41 year old Julie, who is a mother of three boys was given a devastating cancer diagnosis and prognosis. Shane Whelan told the family's story on the donation page.

Julie's youngest son was born just over two months ago following an emergency Cesarean Section to allow doctors to carry out diagnostic tests.

Julie has a very rare and aggressive form of heptocellular carcinoma (HCC). This is rare diagnosis in an otherwise healthy young woman with no underlying contributory health problems.  Frighteningly, by the time HCC becomes symptomatic, it is already at an advanced, inoperable stage.

Julie and her husband Martin, who are from Abbeyleix, are examining every potential treatment internationally that can give hope that Julie can be with her sons as they grow older. They are struggling to provide the round-the-clock care that is needed for Julie and the three boys, including a premature new born.

Julie has been given limited treatment options in Ireland. Immunotherapy treatment is a possibility, Shane says, but as this is currently awaiting licensing, it would cost an estimated €3,000 every two weeks.

Internationally, a number of more aggressive treatments may be available, including S.I.R.T, a form of targeted radiation that is designed specifically to take account of the challenges of treating HCC, and Proton Beam Therapy, which is performed routinely in the US, Germany and Switzerland.

A hospital in Switzerland, home to the Swiss Cancer Centre, having reviewed Julie’s files, has already indicated that S.I.R.T may be appropriate in this case and has invited Julie for consultation.

S.I.R.T., as well as being an important treatment in its own right, has the potential to act as a bridge to other treatments, currently not available to Julie.

These life extending and potentially life saving treatments are not available to Julie in Ireland and are not covered by Irish health insurance. Shane added that Julie and Martin are doing everything possible to even the odds in this battle for life.

In an update on the fundraiser page, Shane has thanked everyone who has donated so far.

"I can’t thank you enough for your generosity, encouragement, prayers and good wishes. Your support is overwhelming.

"Based on latest medical advice, the trip to Switzerland has been moved out by a few weeks to take place in July to allow for further scans to be carried out.

"Because of your kindness I now feel we have options and hope that have been so absent since this frightening journey began," he said.