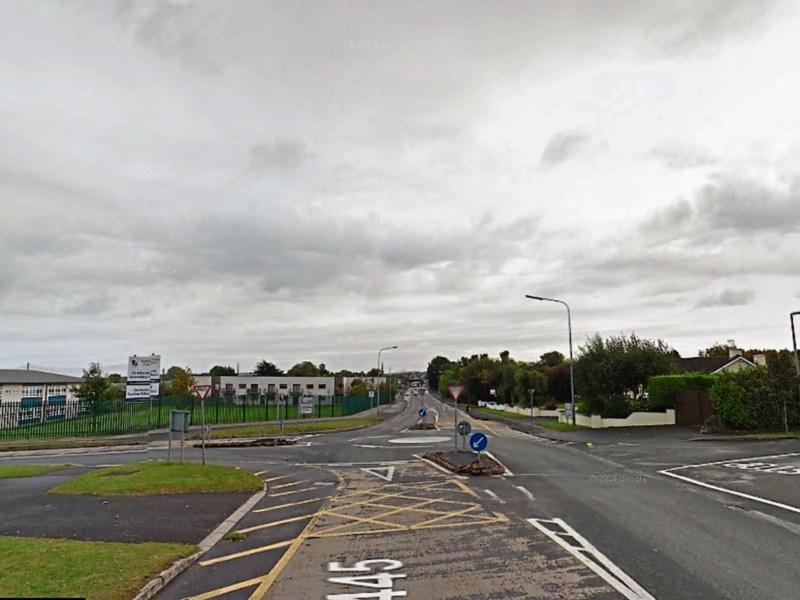 The existing Rockview Roundabout on the Mountrath road in Portlaoise

A long sought roundabout for a busy road through Portlaoise in Laois is on hold for another month despite a warning that a delay puts its funding at risk.

Laois County Council is approved for a €300,000 government grant to rebuild the Rock View roundabout on the Mountrath Road, beside Portlaoise College and Rock View housing estate.

The existing roundabout is considered too small and dangerous for motorists, pedestrians and cyclists.

The council put their redesign plan to county councillors to approve the Part VIII planning at the May council meeting but councillors refused to give the green light.

“I propose we postpone it for a month,” she said, seconded by Cllr Willie Aird.

The Director of Services for Roads Kieran Kehoe argued that public consultation has already taken place, at Portlaoise parish centre.

“No individual raised any concerns,” he said.

He said that the two public submissions received were addressed in the design.

“This is a fully designed scheme that is cycle friendly, the Department of Transport will fund it but a delay could put the scheme at risk,” he said.

Cllr Fitzgerald said that another planning application which is being considered by An Bord Pleanála will add another road from Rock View to the roundabout.

“It’s 100 percent needed we agree, but we want to be sure this is what’s needed, I think there are safety issues there, I have no pleasure in asking for another month to go through it,” she said.

Mr Kehoe said there were no safety issues.

“This has been independently designed by Kilgannon Design and vetted by our road designers. Another application is irrelevant. We can’t be waiting for something we have no control on,” he said.

The CEO John Mulholland then repeated that there were no safety issues with the proposed design.

“I want to make it clear there are no safety issues presented. I can understand the public perception of safety fears, but this wouldn’t be brought forward if there was. Three safety audits have been done on this,” he said.

Cllr Mary Sweeney suggested they meet residents and wait for the month.

Cllr Caroline Dwane Stanley agreed saying that a month delay should not cause too much difficulty.

“It is important we get this right for residents in the area,” she said.

A delay until their mid June meeting was agreed.