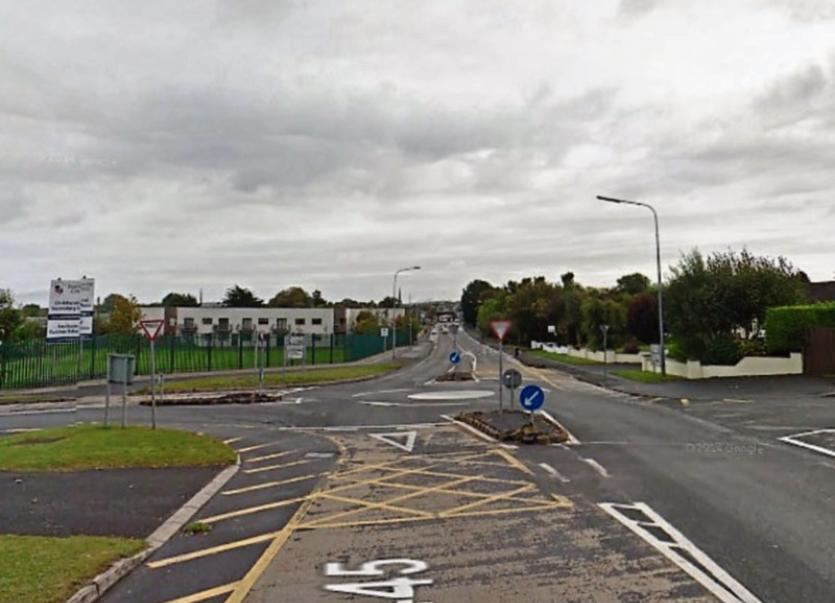 The existing temporary Rockview roundabout on the Mountrath road in Portlaoise.

A long awaited major roundabout on the busy Mountrath road in Portlaoise has been given the green light by Laois county councillors.

The council says the new roundabout will be bigger to allow for safer turning, with a new entrance to Rockview housing estate. It will have a pedestrian crossing at each arm, and cycle lanes.

The existing roundabout near Portlaoise College was described by councillors in the past as “dangerous”, “disfunctional” and “an accident waiting to happen”

The councillors had refused to approved Part VIII planning at the May meeting until further meetings were held with concerned residents.

They were concerned that a separate planning application under appeal to An Bord Pleanála at present, if passed, could make the new junction dangerous, as it would altar an arm of the roundabout.

Cllr Willie Aird proposed that Part VIII planning be approved, seconded by Cllr Caroline Dwane Stanley.  Both of them did so on the proviso that the council would notify An Bord Pleanála to tell them of the decision.

The Director of Services for transportation Kieran Kehoe said he would immediately write to An Bord Pleanála.

“This would be a material amendment that would have an affect on their decision. We have a road safety audit done. It is important that they be notified and hopefully they will take it into consideration,” Mr Kehoe said.

Below: drawing of the new roundabout on the Mountrath road. 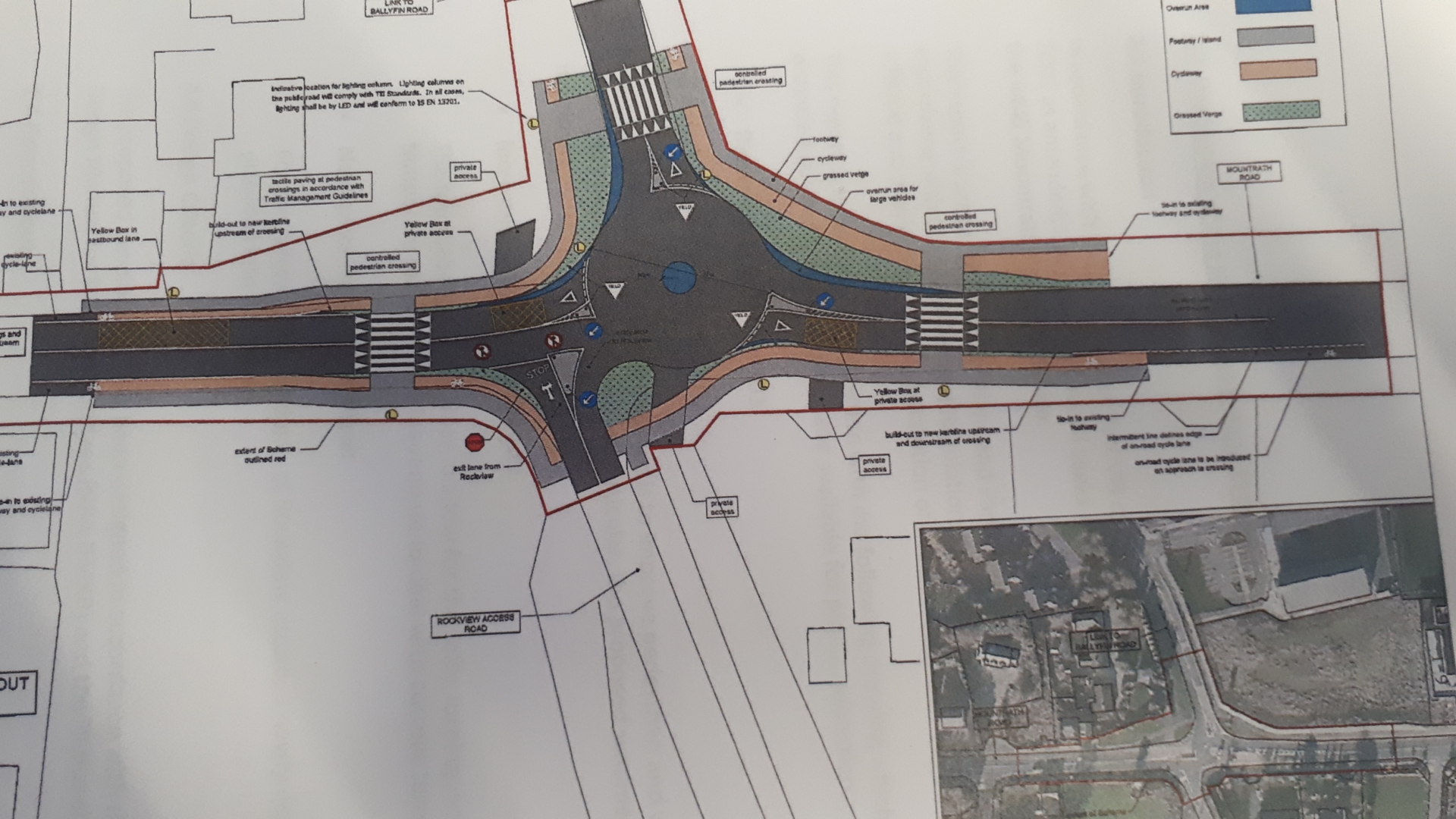