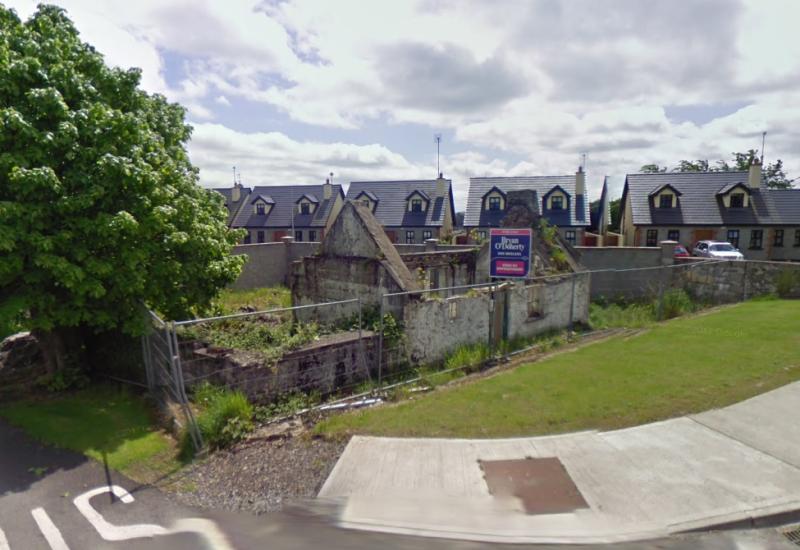 The cottage ruin in Ballylinan before it was walled off.

Repeated legal notices served on a derelict stone cottage in Ballylinan have failed to get the owner to restore it and Laois County Council is now considering further action.

“One weekend the owner tried to knock it, or set fire to it. Then they built a wall around it. Then fellas started throwing rubbish into it,” he claimed at the November meeting of the Graiguecullen Portarlington Municipal District.

His motion asked for an update on what he said is a preserved structure.

“The developer of the estate was supposed to do it up. It’s right on the corner of the main street. It is an eyesore. This is a lovely estate of only seven or eight houses. Something needs to be done, it’s creating rubbish. At this stage the developer hasn’t answered calls for a number of years,” he said.

His motion was seconded by Cllr Aidan Mullins. “Has the council any comeback on the owner, to recoup any costs?” he asked.
Senior Planner is Angela McEvoy.

“The planning authority has served a number of derelict sites notices on this property with no action on the behalf of the owner. The authority is now considering options to carry out works to the site to render it non derelict subject to funding,” she said.