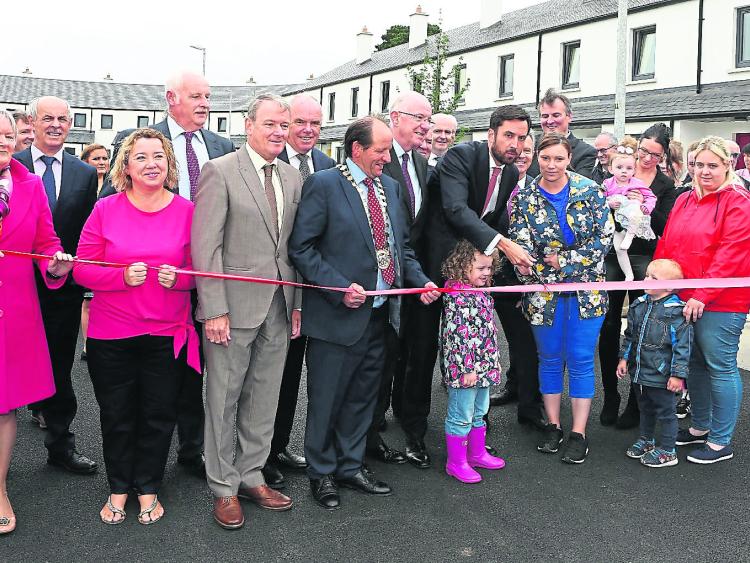 The only way to qualify for a council house in Laois is to give up a job, Laois councillors have said.

Cllr Willie Aird has said people are giving up their jobs to apply for housing.

"People have to give up their job and apply again," he said.

At the December 2018 council meeting, he tabled a motion to ask Minister for Housing Eoghan Murphy to increase the income threshold.

“I have three applicants just slightly over. There should be a sliding scale. You can’t just have a cut off point. ” the Fine Gael Cllr said.

Fianna Fáil Cllr Paschal McEvoy says people who are unemployed "get everything".

“You are better off being unemployed, with the services you get. If you earn €40,000 you get nothing, if you are unemployed you get everything. People who are working hard, paying rent and apply for council housing can’t get it, it’s a national disgrace the way it is,” he said.

Labour Cllr Noel Tuohy from Portlaoise confirmed that they encourage people to work less to get a house.

“It’s a sad day when councillors are encouraging people to give up a job because that‘s the only way to get a house. The sliding scale is the answer. The only solution we can give someone if they are €1,000 over the limit is to give up hours in work,” he said.

Laois is still in the lowest income bracket for people to qualify for social housing, despite rapidly rising rent and property prices. The maximum income allowed for a family of seven or more is €30,000, while a single parent must have an income of less than €25,000 to get a house.

Cllr Paddy Bracken from Mountmellick said that the low threshold is the crux of the problem.

“It’s a shocking indictment of the political establishment of the past 15 years. Now we are at the stage where ordinary hard working people cannot access social housing. Equally they are not able to save 10% for a mortgage and depend on private landlords," he said.

"When people in social houses aren’t working, you get anti social behaviour, it is not a proper mix,” the Fianna Fáil councillor said.

Fine Gael Cllr John King backed the motion and said people whose income goes up find they no longer qualify.
“People are applying and then their income can change,” he said.

Some people on the waiting list have had an offer of a house withdrawn after their income was found to have increased.

“It’s worse to be offered a house and then told you’re over the threshold,” said Cllr Tom Mulhall.

“Jesus we can’t offer a house and take it back,” said Cllr Aird.

The council’s housing officer Michael Rainey answered that applicants must sign an agreement to declare any change of income.

“There are situations when someone applies and are eligible on income, but they don’t advise us when their income changes. When it comes to the offer and they have to submit proof of income, under 2011 regulations we cannot legally offer them a house,” he said.