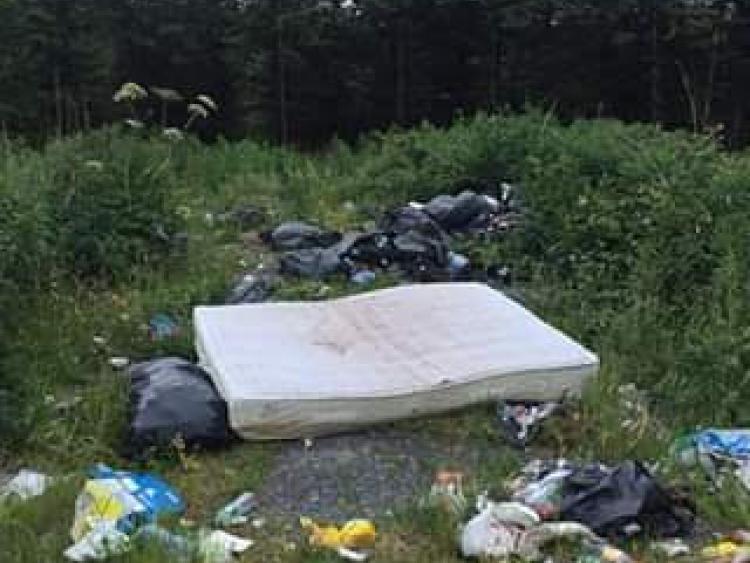 Illegal dumping in Laois has gotten worse after the busy Christmas holidays according to local Labour party representative Eoin Barry.

“It’s time to use sanctions to tackle illegal dumping in County Laois," he said.

Mr Barry has called for a crackdown on illegal dumping which he said should not be the responsibility of farmers when it is dumped on their land. He also said the 'reckless' dumping is impacting tourism.

“During the Post-Christmas period, people in Laois will have noticed an increase in littering on the roadsides and in isolated areas around the county.

"Much of this waste comes from packaging that would have been easily recycled if it had been disposed of properly.

“While there has been an increase in illegal dumping in the past week, this is a constant problem all year long.

"Those responsible for this reckless waste must be held accountable for their actions and meaningful sanctions should be enforced to tackle this issue.

“Illegal dumping creates particular difficulties for farmers. Legislation should be brought forward so that farmers are no longer held legally responsible for rubbish dumped on their land by others.

“Illegal dumping has a significant environmental impact. It sets back the progress we are making in promoting Laois as a tourist destination and it is an insult to the many people that give up their time as part of Tidy Town Groups," he said.

Read also: These stolen tools have been recovered by Laois Offaly Gardaí