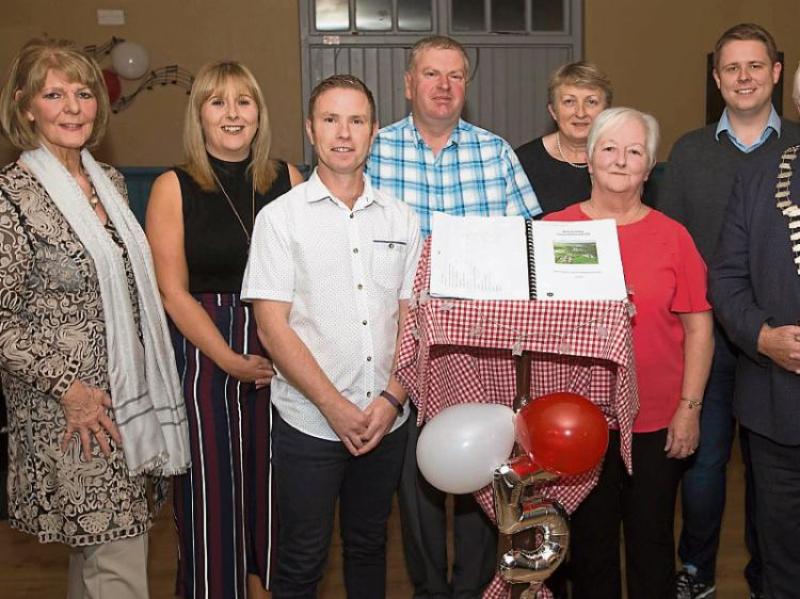 People in Borris-in-Ossory are working hard as a community to progress their five-year plan which was launched in October last year.

A tender has gone out in search of an architect to carry out a feasibility study on the former Mercy Convent to establish what can be done with the space inside the huge building that has been leased to the community.

The launch of a five-year plan for Borris-in-Ossory lask October marked the start of a new chapter for a village which was hit by the double whammy of a motorway bypass and the recession.

While the 2018-22 plan is still in its early days, there is great positivity in the area according to Conor Bergin who is part of the local development committee.

“It is very positive, the convent building was sitting idle for 16 or 17 years, a housing development was planned on the site at one stage but it ended up as a bad debt and the owner now has leased it to the community as a gesture of goodwill. There are enough derelict buildings in this community.

“The tender is for an architect to carry out a feasibility study to plan what can go into the building and to see how much money is available. It is a big building so it is to see how far we can take it.

"There is a hall that could be used for different community clubs and groups and some kind of enterprise centre to generate money that is all open for discussion," he said.

The 2018-22 plan was prepared by consultant Adam McAdam in consultation with the Association, following a door-to-door survey of every home in the south Laois community.

The convent will be developed as a facility for the community over the next 10 months. A ten-year lease is in place.

A total of €40,000 has been secured under the Town & Village scheme 2018 to fund a 3.4km walking trail and a community park. A route has already been earmarked. A site has also been chosen and a community play area will be developed.