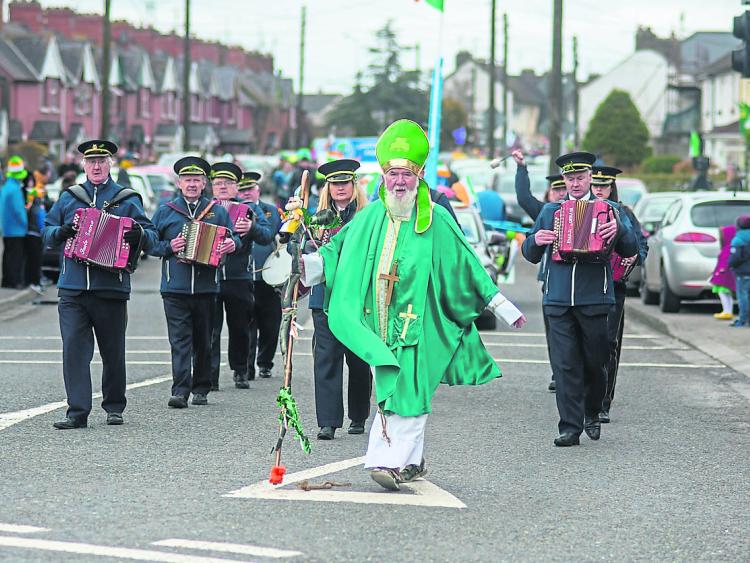 The devastating Mountmellick flood may have stunted last year’s St Patrick’s Day parade but the community has bounced back with a weekend festival that is set to be bigger than ever.

Mountmellick’s St Patrick’s Day parade has been given a new lease of life this year with a whole extra day added to the festivities and a shot of energy from 30 new youth volunteers.

Organiser Jason McInerny told the Leinster Express that the committee's time was taken up dealing with the fallout of the flood last year but things have turned around now.

"Last year the committee members were highly involved with the flood and the time wasn’t there.

“This time we got started earlier and we have gotten as much of the community involved as possible to expand it and involve more people in the two days.

“It is the third year for the festival committee and things are starting to work out and we want to continue to provide this for years to come and get the youth involved," he said.

From music and Irish dancing to bouncing castles, circus acts, stilt walkers and magicians to baton twirlers, plans are underway to breathe new life into the St Patrick’s Weekend in Mountmellick.

In a first for the town, the St Patrick’s Day festival will take place over two days, Saturday, March 16 and Sunday, March 17.

Saturday will see a host of traditional Irish music and dance, performed by students from local schools and different groups. This will all be held in O’Connell Square in the build-up to the big parade and festival on Sunday.

There will be talented music acts including Joe S who performed at Electric Picnic last year, Tobi Akinborewa, Stevie James Kelly and more exciting music acts to be announced.

Jason said the enthusiasm of the young people involved has given the festival a new edge.

“Thirty youth volunteers have come on board this year to be involved with the festival which is fantastic.

“The young people involved have given the festival amazing energy and vibrancy, they have made it what it is and put everything into it,” he said.

In another addition to the festival, UN Veterans will be taking part in the traditional flag-raising ceremony.

Festival funding comes from sponsorship by local businesses in the town which Jason said is ‘the heart and soul’ of the event.