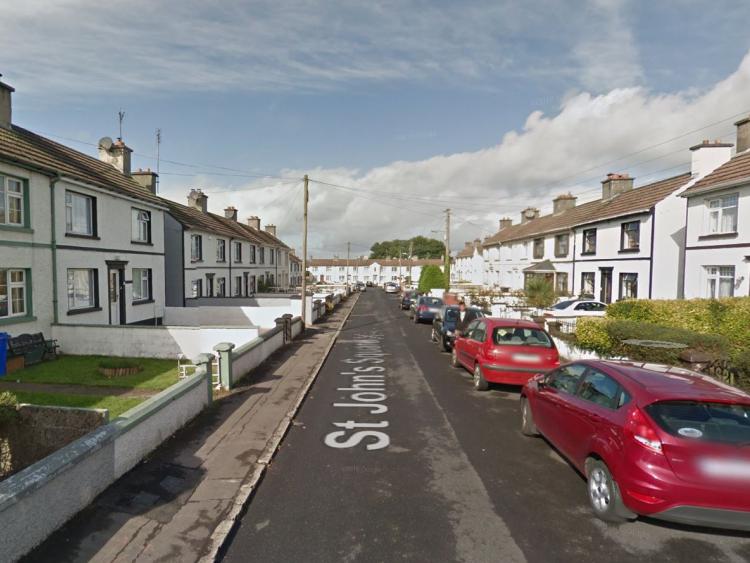 Cars parked on both sides of a narrow road in a Portlaoise estate are blocking access for emergency vehicles according to a local councillor.

Cllr Catherine Fitzgerald tabled a notice of motion at the Portlaoise municipal district meeting on Tuesday asking the council to install double yellow lines on the left-hand side in St John’s Square, Portlaoise. She said she was contacted by residents in the square.

“It’s a very narrow road and in fairness to all the residents that live there, they all have an agreement to park on the right-hand side of the road but when someone from outside the area comes in, they park on the left-hand side.

“There is no way that an emergency vehicle can get down St John’s Square. They had an incident a couple of months ago with an emergency vehicle. The bin lorry has been stuck going down there or if you have an ambulance or fire brigade they won’t fit,” she said.

A senior engineer at Laois County Council replied to Cllr Fitzgerald’s motion and said St John’s Square is outside the designated area for the Portlaoise parking bylaws, however, an exception could be possible due to the emergency vehicle access.

Cllr Caroline Dwane Stanley said that residents approached her who did not want double yellow lines installed because they would not be able to park outside their houses.

“I’m sorry but I don’t agree with it, I can’t for the simple reason I have spoken to a small number of residents in the area and they have said to me that, while I totally agree it is very narrow to drive down it whether you go straight or down into the estate, there are cars parked on both sides of the road and what they are telling me is that if double yellow lines are put down then they have nowhere to park outside their own property,” she said.

Cllr Noel Tuohy said he has spoken to residents on both sides of the argument and the majority seem to want the double yellow lines installed.

Cllr Catherine Fitzgerald said a meeting will be called between councillors and residents before any further action is taken.