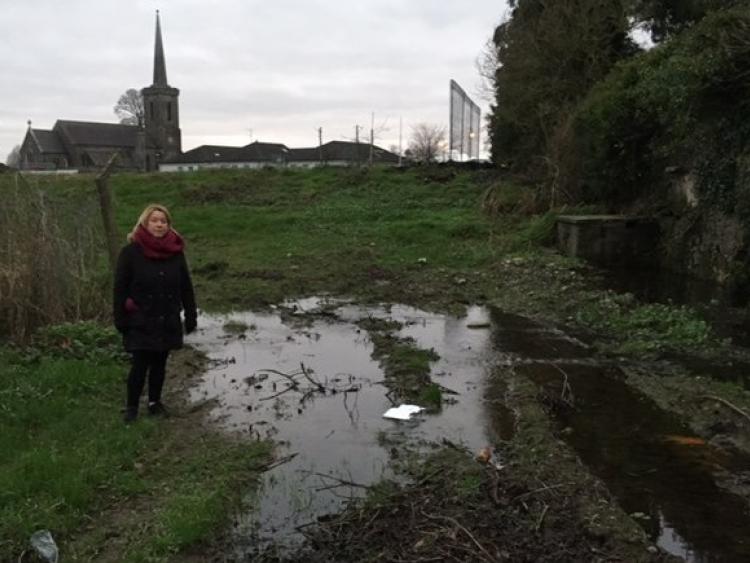 Water is gushing out of a pond in Ballinakill and flooding an area near the swimming pool is making it dangerous according to a Portlaoise councillor.

Cllr Caroline Dwane Stanley tabled a notice of motion at the January municipal district meeting asking the council to fix the problem with the overflow drainage system from Gill’s Pond that is flooding adjacent to the pool in Ballinakill.

“When you go through the area where the pond is, you would often see a lot of lads out fishing, and you go out the far side out onto the road, it is like a little bridge but it’s not a bridge it’s a culvert where the water is going under and the pipe was collapsed there at the bridge and all the water is flowing straight into the whole area of the swimming pool it would have been originally the area where the cars were parking.

“I was out there recently and a couple of people that were out there on the day raised it with me and the whole area where the swimming pool is completely flooded. It is dangerous. The water is gushing out of it,” she said.

Cllr Dwane Stanley acknowledged that work was done by the Parish Council and said that this was a separate issue.

“I only noticed it in the last three weeks, I was told that there was work done but it wasn’t anything to do with the work that was carried out.

“It’s certainly on the road where the pipe has collapsed and where it’s supposed to go under and take out the water, all the water from the pond is going into the area the whole area is flooded,” she said.

Cllr Dwane Stanley is due to meet with a senior council engineer at the location to examine the issue.