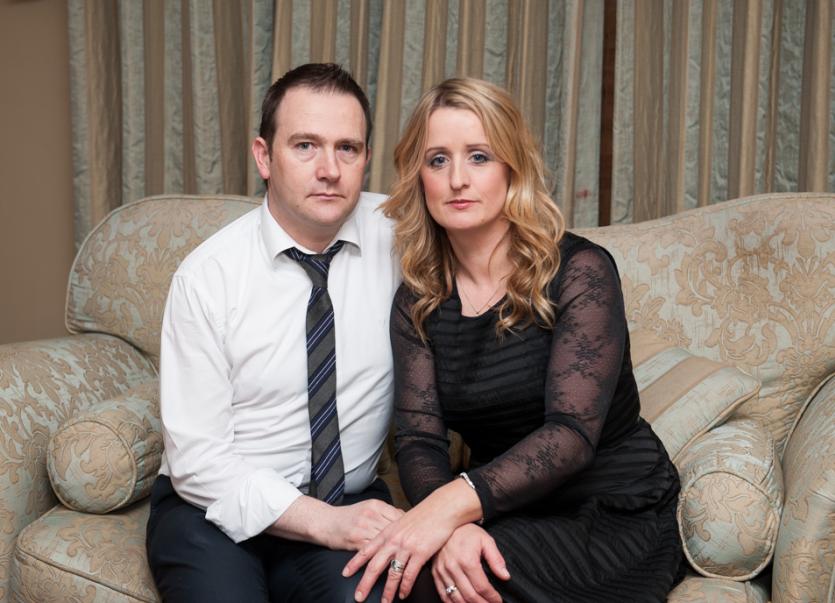 A Laois father whose son died at Portlaoise hospital will sit on a new HSE board according to a national health journalist.

The role of the board is to oversee the robust governance of the HSE.

Mr Molloy and his wife Roisin from the Kilcavan area were told their son was stillborn but later found out he had been born alive but died about 22 minutes after unsuccessful attempts to resuscitate him.

The death of baby Mark led his mother Roisin and her husband Mark to fight a long campaign during which led to the commissioning of major investigations. Their story was originally told in an RTE Investigates programme in 2014 when the deaths of other children in similar circumstances were revealed.

This led to extensive investigations into maternity services at Portlaoise hospital and elsewhere. Taoiseach Leo Varadkar was Minister for Health when a HIQA report into the hospital was published in 2015.

Many of the investigations found significant shortcomings in maternal and other care at the Laois hospital. The use of CTG was found to be one of the biggest failings.

In May, 2018 Minister for Health Simon Harris TD received Government approval for the drafting of a Bill to establish an independent Board for the HSE.

“There is an urgent need to restore public confidence in the HSE through a series of actions to strengthen the management, governance and accountability of the organisation. A key component of this is the establishment of a Board for the HSE.

“I firmly believe that the appointment of a strong Board will help ensure robust governance of the HSE," Minister Harris said.

The General Scheme provides for a nine-person non-executive board including the Chairperson and the Deputy Chairperson.

The Board will have the authority to perform the HSE’s functions and will be accountable to the Minister for the performances of its functions.

The HSE will have a CEO who will be responsible to the Board for the performance of his or her functions.

The Sunday Business Post Deputy Editor, Susan Mitchell, who has reported extensively on Portlaoise hospital, shared a tweet on Tuesday to say that Mark Molloy was on the list for the new HSE board.

Some good appointments to the HSE board. Especially delighted to see Mark Molloy on the list. He is a wonderful patient advocate. His son died in Portlaoise Hospital. He and his wife Roisin faced huge obstacles in getting to the truth. (1)

In April, 2018 Mark Molloy said he and his wife have been left with more questions than answers by an inquiry which has caused upset and not given closure.

Mark Molloy also called for laws to be introduced to ensure HSE management can be held to account when people suffer harm in the health service.

He was speaking after the Medical Council cleared a non-consultant hospital doctor on most of the charges he faced at a Medical Council Fitness to Practice Inquiry over the care delivered to his wife Róisín during the delivery of their son Mark in 2012.