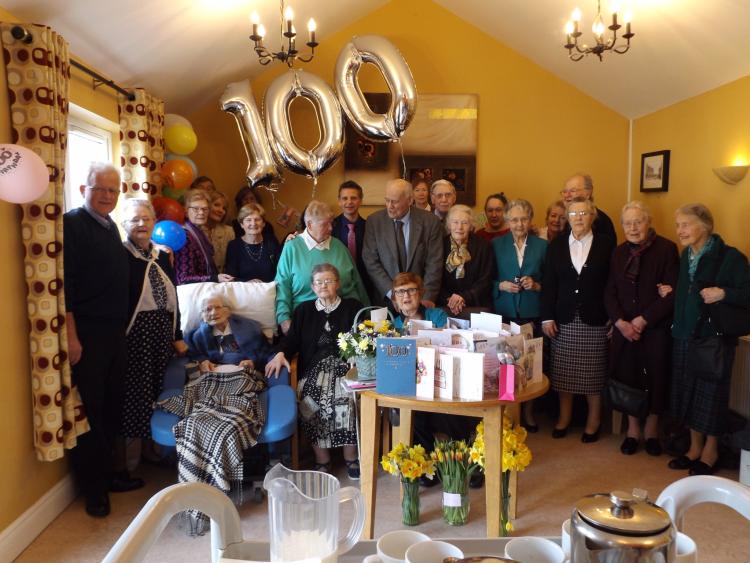 Muriel Percy nee Dagg was born and lived most of her life in Rathdowney, Co Laois before moving to Brookhaven Nursing Home, Ballyragget five years ago.

Muriel was born in on February 15, 1919 and married Joseph Percy in 1946 and they were married for over fifty years.
Muriel’s niece Elaine travelled all the way from Australia to celebrate the amazing birthday with her precious aunt, alongside a huge gathering of other friends, family members and neighbours who came from near and far.

Elaine said that her aunt has lived such a wonderful life to keep connections with so many people up to the age of 100.

She had over 100 visitors wishing her well in Ballyragget on Friday with endless amounts of tea and cake for all.

“She is highly respected, widely known and very very much loved by dozens of people.

“It’s a wonderful way to live. When you are 100 and to have all of these people calling to see her.

“A lot of them are children of her friends, family and neighbours so she has had an impact across generations.

Muriel’s nephew Stuart Dagg said his aunt was an amazing community woman and a ‘farmer extraordinaire’.

“People were coming down the corridors like a river to visit her on her birthday.

“She was always very community-minded, involved in everything that was known.

“She did it on her own, most of what she did was anonymous she never signed up to any official clubs or groups.

“She was a farmer extraordinaire for years with 30 sows, 100 turkeys and 60 geese for Christmas alongside her husband who had cattle.

“She absolutely loves weddings. She knitted wedding dresses for many women and every child in the country that was baptised had a gown and a cap,” he said.

“Muriel is in fine form. If you were 100 with 80 visitors, she’s as good as anybody else, she’s ignited here today,” he said on Friday during the birthday celebrations.

Muriel moved to live in Brookhaven in 2014 and has continued to enjoy her independent life.

She continues to be a hugely popular resident and is a wonderful, sociable person. The centenarian attributes her longevity and vitality to taking each day as it comes, to appreciate the beauty in nature and to live a simple life.

Nephew Peter Graves sends his best wishes to his aunt Muriel from Australia where he is currently studying a PhD in Canberra.

"I first met Aunt Muriel in 1969 and will always have fond memories of her and the farm "Kyledellig" at Rathdowney.  Especially the warmth of her kitchen during a later February one year.

Bless her and all her relatives in that photo.  My mother left Ireland in 1930, so I remain a proud citizen of Eire (as well as Australia)," said Peter. 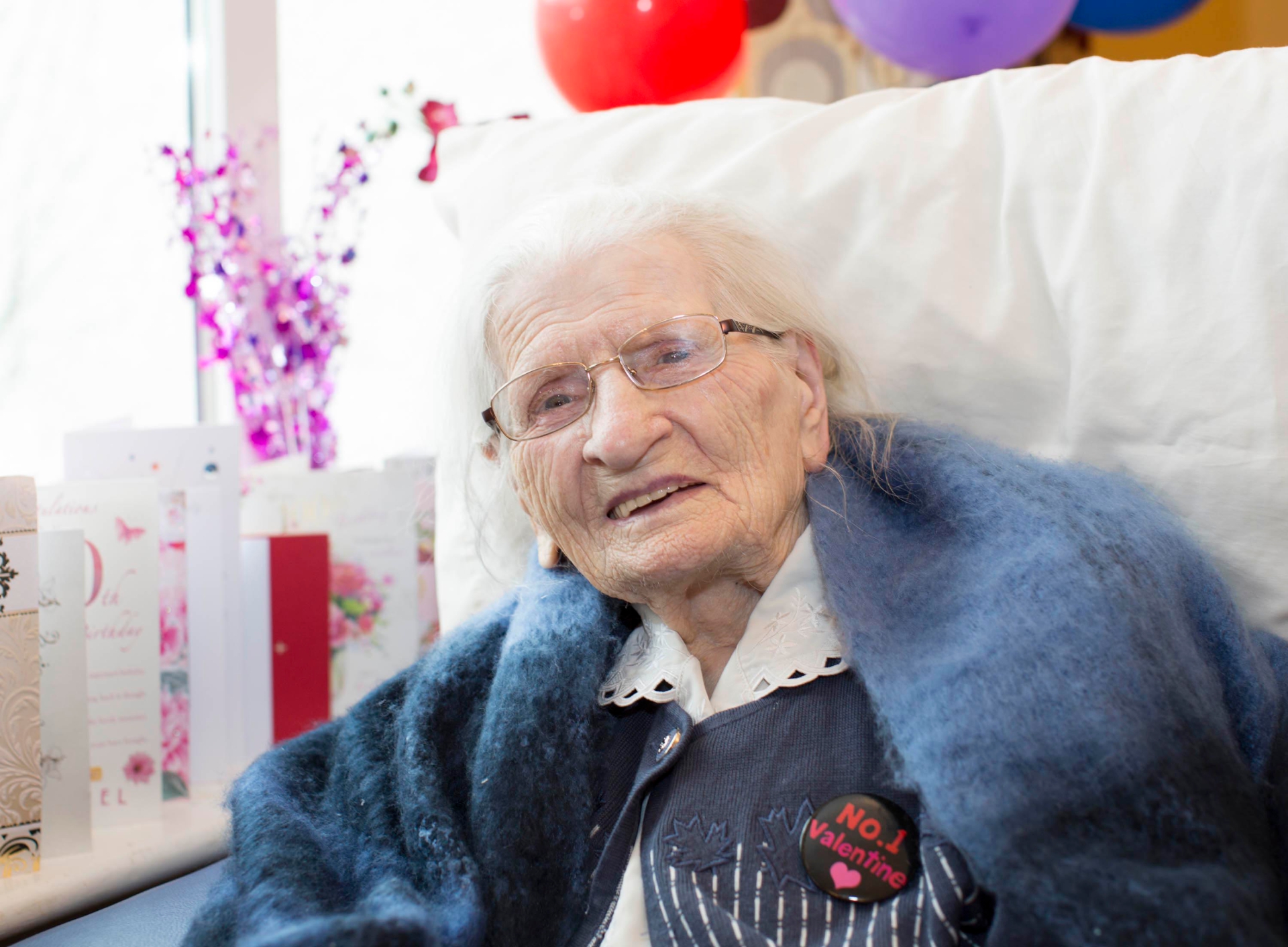