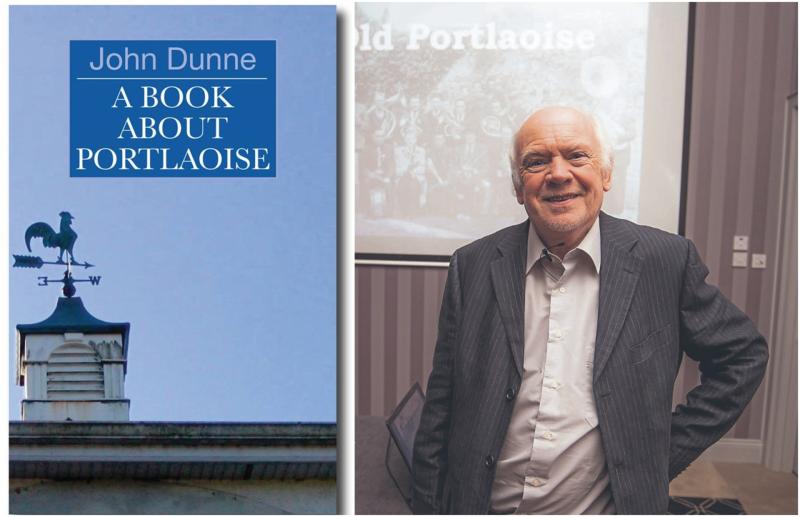 Well-known Laois writer and historian John Dunne has written a brand new book focused on the town of Portlaoise.

‘A Book About Portlaoise’ is the most detailed book ever written about the town. Ranging from a description of life in Maryborough in the 1700’s, through the history of businesses and their owners on Main Street, to a detailed survey of local music in the 20th century, its pages are teeming with generations of townies, many dead and gone, many still with us; some famous, some forgotten except by loved ones. All real people.

As well as page after page of interesting facts drawn from four centuries, there are intriguing chapters entitled The Golden Croft, Kings, Queens and the Missing Ancestor and The Methodists and Me.

John is donating all of the profits from the book sales to the local St Vincent de Paul Society.
“Everything I write is inspired by the town and its people, so the very least I can do is pay something back,” he said.

A Book about Portlaoise is, in every sense, ‘a townie production’ and author John is quick to point out the extent of local involvement: “In these days of rampant globalisation, we should, as much as we can, support locally-owned businesses. They have been very good to me. Martin Connolly’s Printcentral couldn’t have been more helpful, and I was really touched by the unsolicited generosity of Allbooks and Declan Kelly at the Parish Centre,” he said.

The book will be launched by the award-winning Midlands 103 broadcaster Ann Marie Kelly on Thursday, March 7 in the Dunamaise Arts Centre in Portlaoise.

“I’m delighted that Ann-Marie is ‘doing the honours. It’s hard to believe that it’s exactly twenty years ago that she and I worked together on the production of my play I’ll Fly Away which was premiered in Dunamaise," he said.

The evening will also include John’s new visual and musical evocation of ’Vanished Portlaoise’ featuring 150 images, many of which have never been shown in public.

Anyone who has seen his previous historical presentations won’t need to be told how effectively and movingly his work captures the spirit of old Portlaoise.

Everyone is welcome to embark on this latest journey through the town’s past and, afterwards, enjoy a chat and a beverage. No long speeches guaranteed!

A Book About Portlaoise will be published at €20.00 in a hardback limited edition.

So, to get what is likely to become a treasured collector’s item, and enjoy a trip down memory lane, mark this in your diary: Dunamaise Arts Centre, Church Street, 7 pm March 7th.

Following the launch, the book will be available exclusively in Allbooks, Lyster Square who have kindly offered to donate all profits from the sale of the book to St Vincent de Paul. 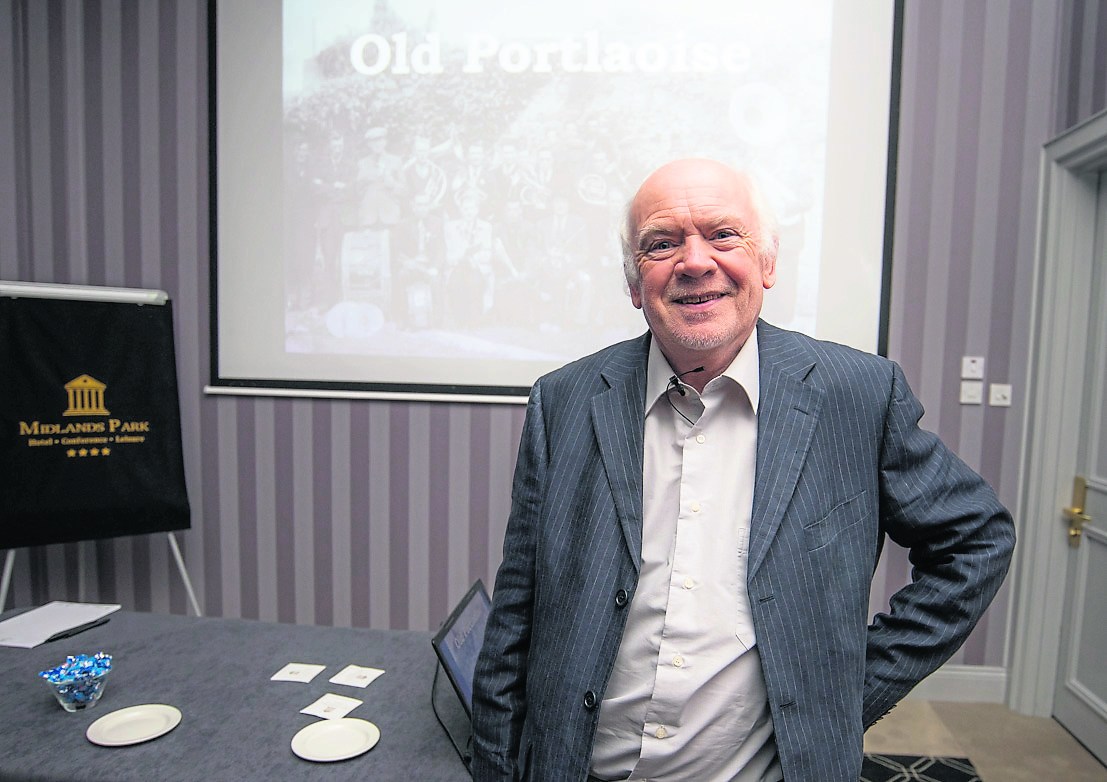