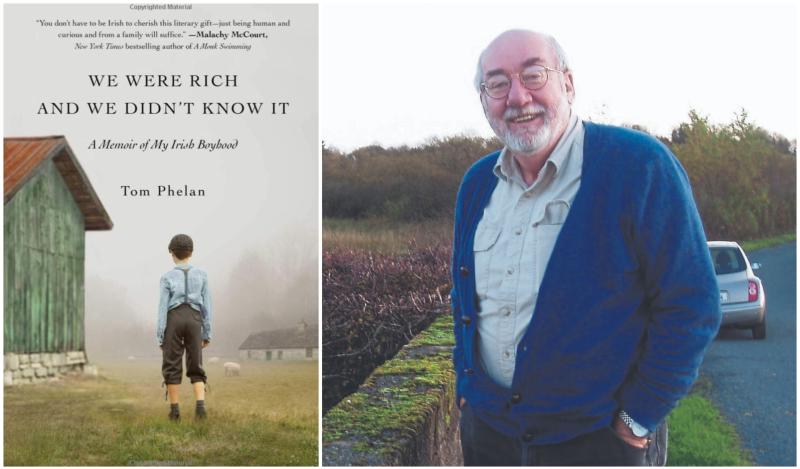 Tom Phelan was a child growing up in Mountmellick when Eamon de Valera paid a political visit to to the town in the early 1950s.

He distinctly remembers the day former Taoiseach and President of Ireland visited the town because his parents would not allow him to attend the event and instead he went farming with his father who said: “de Valera will not sow our turnips”.

Tom told the Leinster Express this is just one of his many memories of growing up in Mountmellick that he wrote about in his latest book ‘We Were Rich and We Didn’t Know It’ which will be published in New York, where Tom now lives, and online on March 5.

The book is the Laois native’s seventh with the previous six all being novels.

He set out writing a personal memoir to try to understand why he became a Catholic priest when he was younger.

This led to unearthing many stories about his upbringing and family life in Mountmellick. 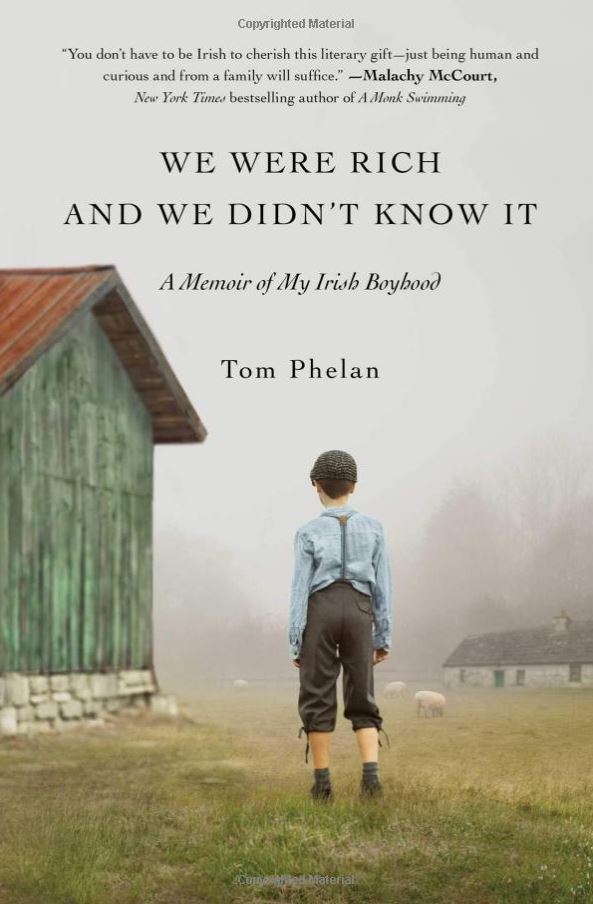 “When we were growing up in Mountmellick we were living in a farm outside the town and were pretty much isolated. Socially, I was backward and was unused to the dynamics of group situations. It was this that started me on the memoir with the idea of figuring out why I became a priest, an occupation that necessitated an outgoing personality.

“That theme stays in the book but also as I wrote it the emphasis shifted more towards my father and the life that he led as the head of the family on a wet and poor farm, how he managed to make a living out of it and how he influenced all the members of the family. He had a work ethic that was extreme, to say the least, and we all worked on the farm it was a family enterprise.

“So I came out of that and I went to the seminary and when I was a couple of weeks on the job in Brighton in England I realised I had made a mistake. I was trying to figure out what had led me to become a priest and that started it out and it evolved into more of a family saga about my father,” he said.

Tom shared one of the memories shared between him and his father JohnJoe Phelan that is written in the pages of the new book.

“There is one memory in particular that involved my father and myself. We were sowing turnips on a Saturday evening around 8 o’clock and it was bright of course and at the same time there was a political meeting in the town and Eamon de Valera was coming to the town to talk on behalf of some people who were up for election.

“At that time de Valera was the great hero he has escaped from a British prison and he had escaped execution in 1916 and he was regarded as a hero by a lot of people but my father hated de Valera because when he was prime minister in the 30’s he began an economic war with the British and the British closed off Ireland from exporting farm goods to England, especially animals, and all the farmers were caught with these animals on their farms with nowhere to sell them and I didn’t know that this was the reason why my father detested de Valera.

“On the night de Valera was coming to town and the week preceding it, I kept saying that everyone was going to be there to see de Valera and I am going to be the only one in school who is not there. I kept pestering and trying to get going.

“On the night de Valera was coming to town I ended up driving a pony which my father didn’t need me there at all because he was very good with animals.

“I was driving a pony and he was handling the turnip barrel and sowing the turnips. Eventually at 8 o’clock we could hear the loudspeaker in the town and huge cheering and we guessed de Valera had come on the scene and I dared make a last request of my father to let me go and he said ‘de Valera will not sow our turnips’ and that was the end of my effort to get to de Valera so that is the name of one of the chapters,” he said.

'We Were Rich and We Didn't Know It' is available for pre-order on Amazon now ahead of its release on March 5 and will be released in the UK by Simon and Schuster in early April.