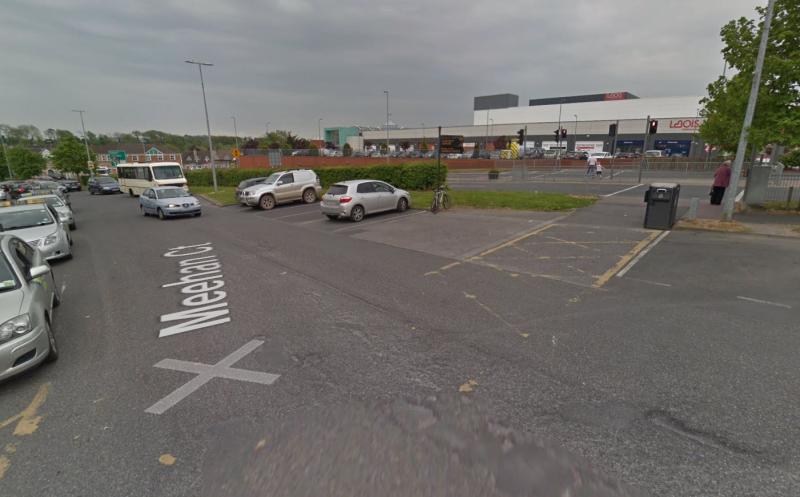 Lyster Square, where a pedestrian crossing is needed according to a councillor

A pedestrian crossing is needed at Lyster Square for visually impaired people and to prevent all pedestrians from 'jaywalking' through the busy town centre square, according to Cllr Pauline Madigan.

Cllr Madigan said a family with a visually impaired daughter has raised this issue with her and she said it is “chaotic” and 'unsafe' for all road users.

She tabled a notice of motion asking for a pedestrian crossing to be installed going from the traffic lights at the shopping centre on James Fintan Lalor Avenue over to the side of the Blow Dry Parlour.

“It is safe once you are crossing at the traffic lights but then you have that junction with cars driving up and down and you have got pedestrians crossing or jaywalking for want of a better word if they have no other way of getting across.

“It is of paramount importance for this to happen not just for the visually impaired people in our community but for all pedestrians,” she said.

Wes Wilkinson replied to the motion saying there is no funding for any upgrade works in Lyster Square but another application for funding will be submitted later this year.

“The proposed upgrade of Lyster QSquare includes for an uncontrolled pedestrian crossing at this location. Unfortunately, funding was not received at the time,” he said.

Cllr Catherine Fitzgerald said that an uncontrolled crossing would not help people with visual impairments and that a sound on the crossing should be considered.