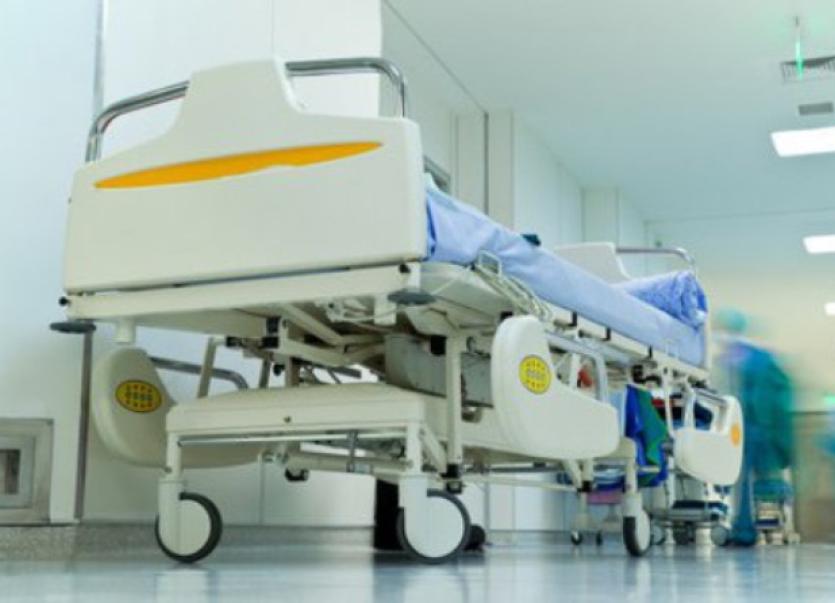 A 13-year-old Laois girl has been put on a waiting list for over three years for an appointment at the Children’s Ears, Nose and Throat (ENT) Department at Tullamore hospital.

Her mother, Michelle Richardson from Mountrath, told the Leinster Express that teenager Tara lives in pain with fluid in her ear and may not be seen until she is 16 years old.

“Tara has fluid in her ear, they can’t give her antibiotics for that because it won’t clear it up but they said it could fight itself over the course but it hasn’t. I got the letter on March 13, 2019.

“It’s not very nice because every now and again she will say it’s very sore and it’s like a pulse in her ear and it’s throbbing all the time on her.

“I was disgusted [with the letter] because I just thought it is a long wait, it’s three years and she will be over 16 when she is seen and that means that she will go onto an adult waiting list.

“She will be over 16 by the time that comes around and from what I have gathered she will be on an adult waiting list then.

“The letter says ‘If your condition deteriorates you should make an appointment with your GP’. It isn’t good enough because I am going to go down to the doctors and they are going to say yes she has fluid in her ear we can’t give an antibiotic, we can’t clear it up,” she said.

Tara’s appointment is with the Child ENT Department with Mr K O’Driscoll at the Midlands Regional Hospital Tullamore.

Michelle is also waiting on an MRI for herself at Tullamore hospital to confirm a suspected bulging disc in her neck that is causing her arm to be ‘constantly dead’.

She has not received a letter to confirm her wait for the MRI but has confirmed over the phone with the hospital that she is on a waiting list after being referred to last July.

Michelle said that she has learned to live with the pain but she is ‘disgusted’ that her daughter has to wait so long in pain.

She said a politician recently called to her door and she was ‘furious’.

“If she goes deaf in three years time who is going to be held accountable for that? It is a very sensitive thing,” she said.

Michelle has also been suffering through a long wait for an MRI scan in Tullamore hospital.

“I’m also on a waiting list for an MRI scan I have been on it for nearly a year and I am with the neurologist two years. That’s in Tullamore too.

“I didn’ even get a letter to say that I was on a waiting list I had to phone up the hospital myself then I was sent around in circles.

“ I finally got through to the X-ray department and they wouldn’t give me a time or anything like that.

“The doctor thinks I have a bulging disc in my neck but obviously, he can’t say for definite because I need the MRI to find that.

“It is awful not knowing because my nerves have gone in my left arm, it is constantly dead all the time. It’s just pain, I’m on painkillers,” she said.

Michelle said she doesn't mind going through the pain but she wants her daughter to be treated as she 'has her whole life ahead of her'.

She said money is dividing the health system in Ireland.

“I don’t mind myself I can deal with it and get on with it, it’s more my daughter she is the next generation.

“It seems to be if you have money we can book you in straight away if you don’t have the money you’re on these big waiting lists.

“It is constant but I just have to get on with life, I don't let it get me down but you would get angry with the health system the way it is.

“I would like the waiting lists to come down a good bit and see you within a shorter period rather than three years, that’s ridiculous your health is deteriorating the whole time.

“It needs to be better and people who have money are treated in hospital straight away and those who don't have money have to wait,” Michelle said.

This comes after the Leinster Express reported that women are waiting up to 200 weeks for outpatients clinic to see a consultant at Tullamore hospital.

The women are on the waiting list of hospital consultant Dr G McCormack in the general medicine department.

The HSE has responded to these long waiting lists.

"The Hospital accepts that no person should be waiting longer than the national 52-week target for an outpatient appointment and regret where a person is waiting beyond this period.”