Portlaoise residents approve costly green masterplan but not without concerns 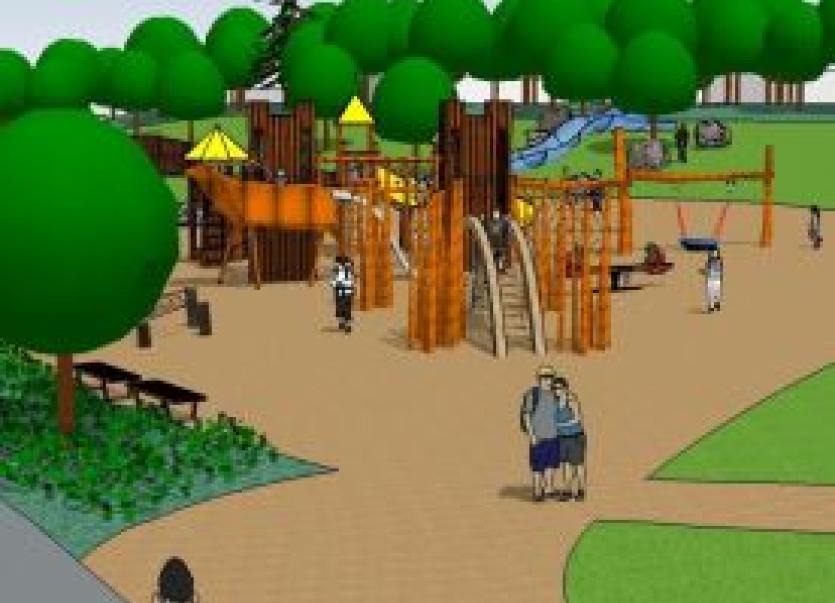 A green infrastructure plan that could cost over half a million euros and bring a playground, an outdoor gym, community garden, forest parks, paths, benches and road safety to Kilminchy has been given the go-ahead by residents.

Members of the community in Kilminchy voted at an EGM on Thursday evening last, with 39 votes in favour of the draft masterplan and nine votes against.

Some residents expressed their support for the extensive plan on the night saying it was thorough and ambitious. However, it wasn’t all plain sailing as issues cropped up throughout the meeting. Things like the cost and maintenance were raised, as well as protecting the new amenity from anti-social behaviour.

“It seems to me there are hiding holes there for youngsters to be able to hide and cause damage and noise and drinking. It all sounds beautiful, it all sounds very nice but the practical side of it could be very costly and it would be something I would be very cautious of,” one resident said.

Another member of the community said that the plan should only be approved by residents if it comes with a prerequisite that the playground, gym, outdoor areas are agreed in principle to be taken in charge and insured by the council to cover the public liability.

Members of the board said the plan had to be approved by the community before they could approach the council about taking it in charge but that the feedback from the council in general so far has been positive.

The lack of pedestrian crossings, speed bumps and road safety, in general, was a big concern for residents.

Part of the green infrastructure plan involves engaging with Laois County Council on a road safety plan for the estate. All residents were in favour of this, but one man said that this has been requested for over ten years.

One woman said the only way to get road safety is to get signatures “altogether and go to the council.”

“My kids nearly got knocked down, maybe your son or you yourself will be walking and some lunatic will be flying, we have to altogether be as a group who are agreeing, sign for it and go to the council and stand there as much as needed,” she said.

The overall plan was supported by residents and they also voted whether they approve the draft plans for different sections like the Central Park, Lakes Park, Commercial Centre and others.

Residents were able to vote if they approved a section in full or partially with changes giving a direction for where the plan will progress to next.

One resident said the council won't be able to hide from the plan once it is all approved by the community.

“Whatever we approve it is going to have to put pressure on the county council.

“If members here and the community end up rejecting something that is associated with all these great plans then they will have an excuse to step away from it, but if you do approve these things and put the pressure on that way they are going to find it hard to hide,” he said.

Now that the initial plan has been approved it can move to the next phases of design and implementation.

MORE: Where is the money for €580,000 Kilminchy green plan going to come from?