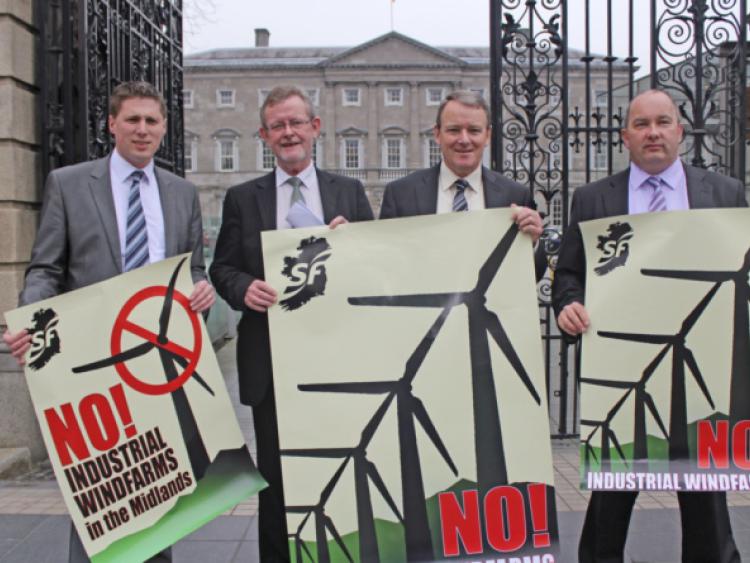 Sinn Féin has launched the Wind Turbine Regulation Bill 2014. This bill deals with the construction of industrial wind turbines, set back distances from properties and the use of energy generated from these wind turbines.

This bill attempts to impose proper regulation of all aspects of wind turbine construction. This includes proper zoning of areas for wind turbine developments, the duties of planning authorities, setback distances and the responsibility of decommissioning wind turbines.

Many residents in the midlands have been rightly concerned about proper setback distances for wind turbines from property. This bill seeks to impose a setback distance of ten times the height of the turbine from any dwelling for turbines which are higher than 25 metres.

Proper regulation should have been in place already but this bill seeks to rectify the mistakes made by the current and the previous government.