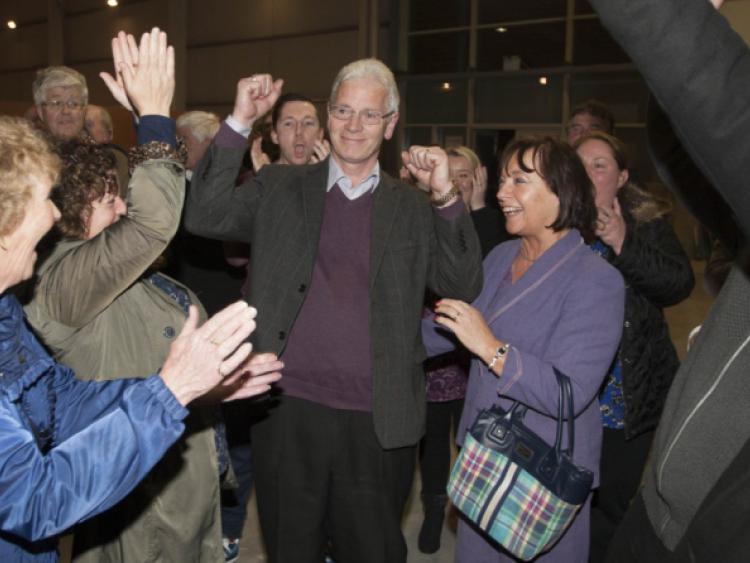 It was very disappointing to see that Fianna Fáil and Fine Gael formed an alliance at the AGM of Laois County Council last Friday week to ensure the remaining 6 Councillors (two Sinn Féin, three Independents and one Labour) were blocked from practically all committees.

If the people of Laois thought they were electing 19 councillors who would act together as a team in the interests of the county they were very much mistaken. Fianna Fáil were back in control and immediately reverted to type with the same, tired old politics of putting party before county, shamelessly assisted by Fine Gael.

No consideration was given to appointing councillors on the basis of proportionality by recognising the size of their mandate.

While our “technical group” comprised six councillors i.e. one third of the councillors, our mandate was entirely ignored in order to promote narrow, selfish party interests.

So much for democracy at local government level.

There were only two committee positions in which I was interested - on the Portarlington Leisure Centre and the Enterprise Centre. It was pointed out by my proposer that I was the chairman of the PCDA and the committee which built the Portarlington Enterprise Centre and was a director on the original Board. Despite this Fianna Fáil, with the support of Fine Gael, blocked me, the only Portarlington councillor, and voted for Paschal McEvoy, a Fianna Fáil Cllr from Stradbally instead (he was also put on eight other committees).

I found this particularly petty and small minded and a slap in the face to the people of Portarlington who helped elect me.

Despite their regular calls for a new type of politics, it is obvious that we are back to the old Fianna Fáil cronyism, gombeenism and pygmy politics which their new friends in Fine Gael have warmly embraced.

They are not interested in acting as a team in the best interests of the county as a whole - party interests come first every time. Friday’s charade was also about keeping Sinn Féin down - meanwhile Fianna Fáil keep calling themselves a “Republican” party.