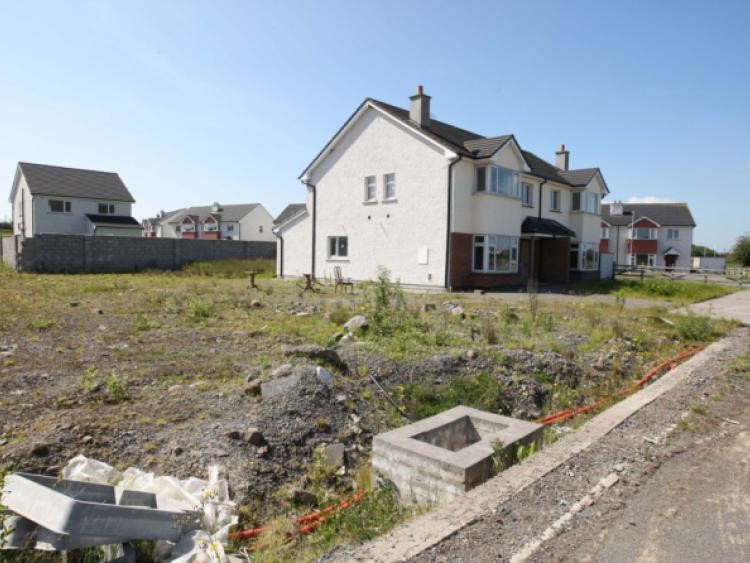 A scheme to complete NAMA-owned houses for councils to rent out to tenants, is three years old, but not one house in Laois has been completed.

A scheme to complete NAMA-owned houses for councils to rent out to tenants, is three years old, but not one house in Laois has been completed.

The scheme was designed to finish off near complete houses and lease them at a reduced rate (85 percent) to councils, who would in turn rent them to tenants.

Out of 98 units identified by NAMA in Laois, only ten were deemed suitable; five in Portlaoise, four in Mountrath and one in Ballinakill.

“There is a mismatch here, there are people unemployed, especially construction workers, and there are houses almost finished,” he said.

A Laois County Council housing official said county hall needs the houses but said NAMA must give the green light.

“Given the considerable housing need in the county, we would welcome the delivery of these social housing units,” said housing officer Michael Rainey.

Mr Rainey says they are now waiting for NAMA’s go-ahead to complete the houses.

“NAMA are assessing these properties in consultation with the developers and receivers. It is expected that they will revert once it is established they are available and suitable,” he said.

Dep Stanley is unhappy with the delay.

“This is disappointing when over 1,100 people are on the housing waiting list in Laois. The number is actually higher as more are housed under the Rental Accommodation Scheme and don’t appear on the waiting lists,” he said.

He praised the council for finishing off estates in Laois, left by bust developers.

“They haven’t been afraid to do fairly innovative things, and conducted a huge tidying up exercise. But a lot of those planning permissions shouldn’t have been given,” said Dep Stanley.

He wants the council to be given houses in lieu of payment for completing private estates with public funds.

“There has to be a payback to the council,” he said.