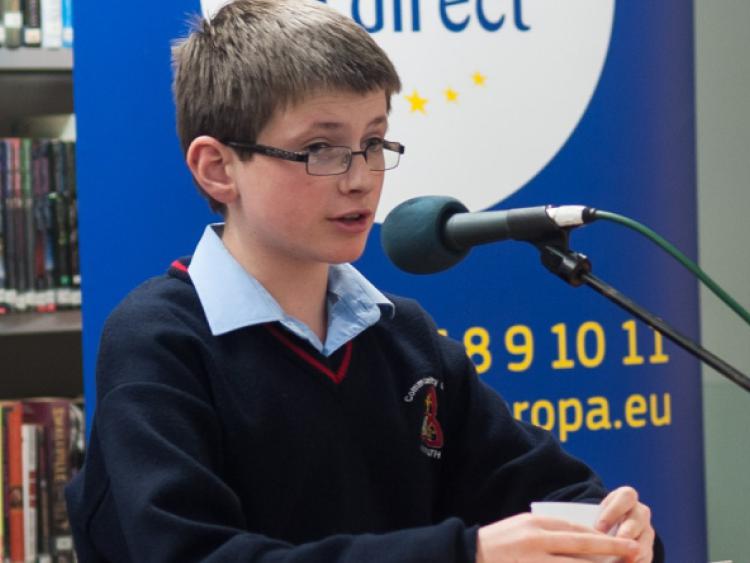 The competition was open to under 18s and adult speakers. Speakers were required to talk for three minutes on the topic ‘Citizens are at the heart of the EU’. They could speak for or against that topic.

“The interest in the competition from secondary school students was really fantastic. All secondary schools in Laois and Offaly were invited to participate. We are delighted with the response and we expect that there will be even greater interest next year.

“Soapboxing is a very different form of public speaking than debating in that the speaker stands alone and speaks independently. So in that respect it was a new challenge for all of the entrants but they all did very well,” she said.

The prizes, which were sponsored by the European Commission Representation in Ireland and MEPs, consisted of an iPad for the two category winners and a trip to Brussels and a tour of the European Parliament for the overall winner.

The winners from the event will take part at the National Soapbox final at Dublin Castle on Tuesday November 19.