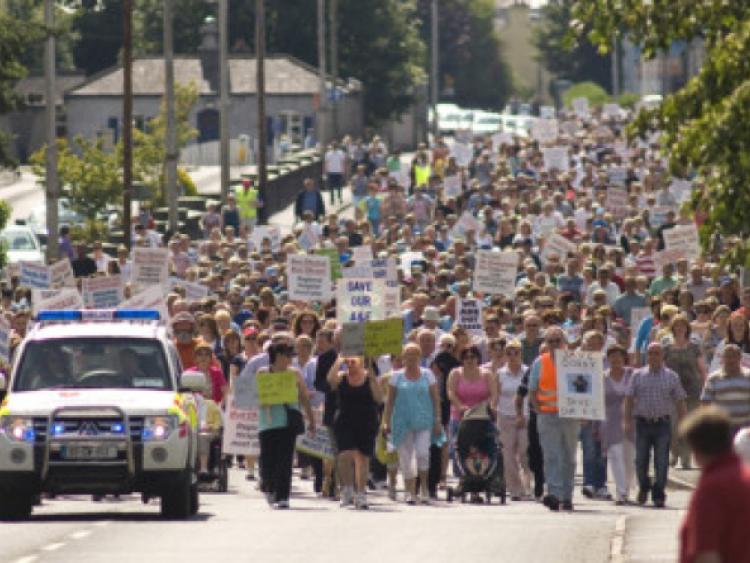 He was speaking in the aftermath of RTE’s Primetime Investigates programme, which last week revealed that there were four infant deaths in a six year period in Midlands Regional Hospital Portlaoise’s maternity unit, between 2006 and 2012.

“I have tried to highlight this in the past. The context this is in, the number of births at the hospital has doubled in recent years. The midwives per birth ratio is 1:29 internationally while in Portlaoise it is 1:55 and even higher in some hospitals,” he says.

Dep Stanley is calling for “an independent inquiry into failures at Portlaoise Maternity Unit to investigate the shocking revelations revealed on RTE’s Prime Time Programme.”

He slammed the HSE’s delays in investigatin g the deaths, and their failure to inform parents.

“The delays of up to 20 months in carrying out reviews of the deaths and the failure to inform the parents for a 5 year period is truly shocking.

Recommendations made following a report on earlier deaths were not acted on. We must know why this happened,” he said.

He adds that it must be made public as to why “unsafe practices were continued long after they had been found to be so” and why the findings were not acted on.

He is calling on Minister for Health Dr James Reilly to address staff shortages.

“Pregnant women need to be certain that lessons have been learned. Minister Reilly needs to tell us what is being done to address these staff shortages and if all the recommendations of previous reviews of deaths of babies have been acted on.”

“Finally, I’m asking what are the HSE and the Department of Health doing regarding the provision of a new maternity unit at Portlaoise Hospital?” said Dep Stanley.