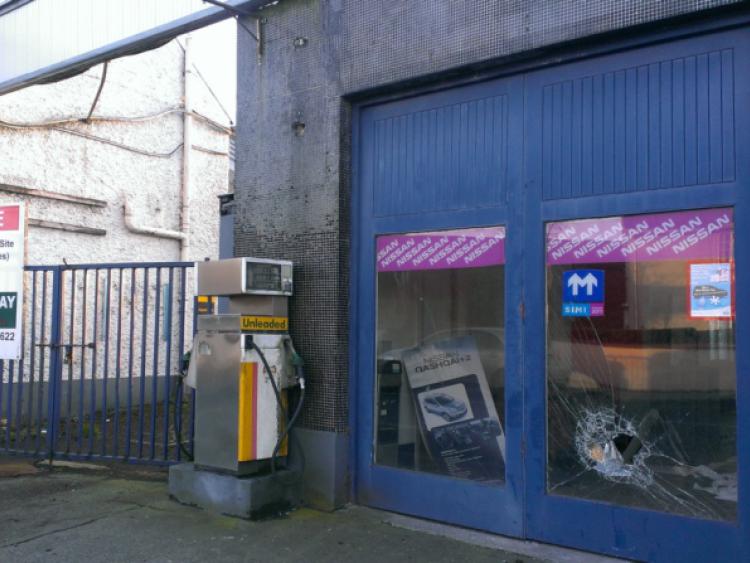 NAMA owned at least three or four businesses in Mountmellick, claimed Cllr Bobby Delaney at the Town Council monthly meeting. But the Fine Gael councillor added: “We are getting no good or no help there.”

Earlier, Cllr Michael Gormley had complained about the amount of hoardings around disused local buildings. Could the hoardings be painted? he asked.

“Some businesses that are closed down for years are in a dreadful state,” he said.

Cllr Stephen Lynch: “A lot of people are looking after their premises. It’s a shame to see derelict buildings.”

Cllr Bobby Delaney welcomed the hoarding at the closed Central Garage. He drew attention to the Fletcher building, the former PP’s house, which, he revealed, the Tidy Towns Committee had been “trying to get done” for five or six years.

Dealing with buildings in general, he revealed: “If volunteers want to come and paint they are welcome.”

Cllr Lisa Delaney believed the Central Garage had to be boarded up as a short-term measure. She added: “I would rather see it secure and safe rather than broken into and glass on the footpath.”

Cllr Gormley: “The amount of businesses that have closed is unbelieveable. There’s a question of a loss of slates on certain house in the town.”

Cllr Ollie Payne said he had inspected the Central Garage with a Garda. It was a “total wreck.”