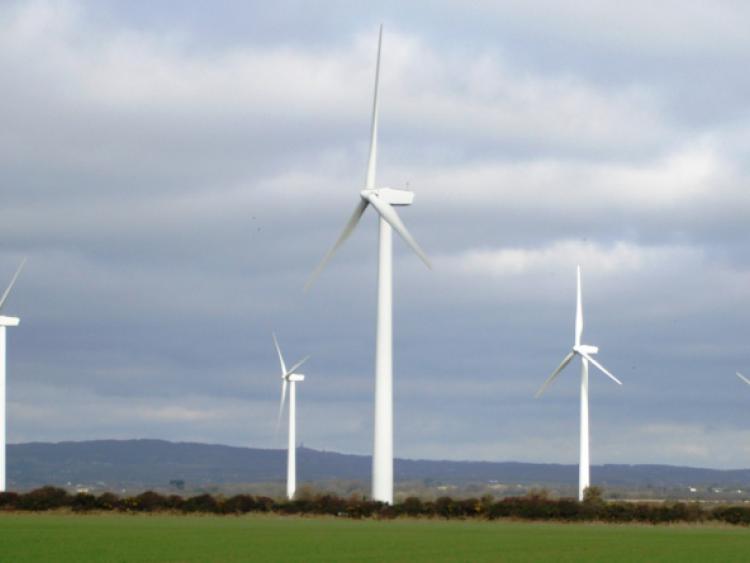 Laois’ Sinn Féin TD Brian Stanley is suspicious of the government’s motives for not blocking his party’s bill on wind energy.

Laois’ Sinn Féin TD Brian Stanley is suspicious of the government’s motives for not blocking his party’s bill on wind energy.

Dep Stanley, Sinn Féin’s spokesperson on the environment, introduced the bill, which was then debated.

“There is a suspicion that this may be a cynical move by the Government not to be seen to oppose reasonable planning legislation prior to the upcoming local elections,” he said.

His is asking his colleagues to now push through the bill, which includes a setback distance for wind turbines of almost 2km.

“I am urging Fine Gael and Labour to allow the bill to proceed quickly through the Dáil. This can be done within the next month. Such a move would give confidence to rural communities that they are sincere in their motives,” Dep Stanley says.

He says the Bill would properly regulate wind farm planning, with turbines set back at least ten times their height from homes.

“They could only be located in areas zoned for windfarms by local councillors in County Development Plans. The 2006 Critical Infrastructure Act could not be invoked to override those plans,“ he said, adding that consultations with communities would be compulsory.

The Bill will be debated in the Seanad before it can be passed into law, and Laois’ Labour Senator JohnWhelan is set to support it.

“The Sinn Fein Bill introduced this week is a hybrid of the Bill which we previously published and introduced in the Senate in February 2012,” he said, adding that he was glad it was unopposed.

“It contains much of the objectives which I have been campaigning on. I have consistently opposed the construction of large scale industrial wind farms across the midlands,” said Sen Whelan, while at the launch of Wind Aware Ireland in Dublin last Thursday.

The midlands wind energy project for export to the UK by 2020 has been shelved, but Minister for Communications Pat Rabbitte says turbines are “inevitable”.

“We have an extraordinarily high target of energy where 40 percent of electricity will be generated from renewables. We’re well on course,” he said on radio yesterday.

Senator Whelan is urging communities to attend the march against wind energy in Dublin today, Tuesday.

He says “serious questions’ now need to be asked over the proposed doubling of the national grid by Eirgrid, and contracts that farmers signed.

“I am concerned about the size and scale of some of the turbines. Consideration must be given to a set back distance correlating with the height of the proposed turbines. I welcome this debate. While I do not agree with much of the legislation, it is important that we attempt to achieve a level of consensus on an important industry that has given rise to serious concerns,” he said, noting that a 2km setback would “leave a mere 3% of land available to windfarm development”.